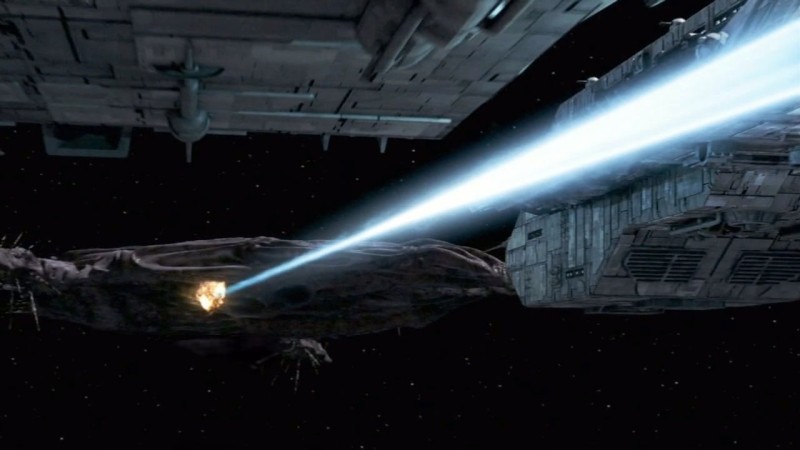 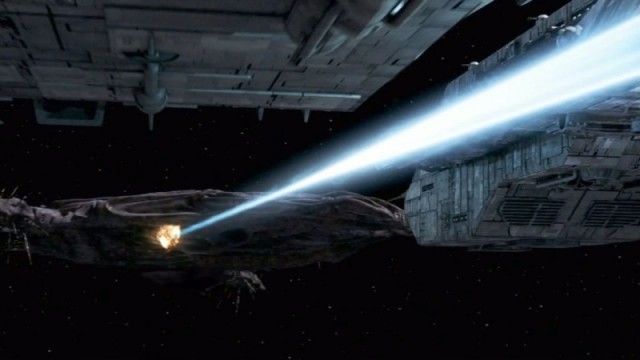 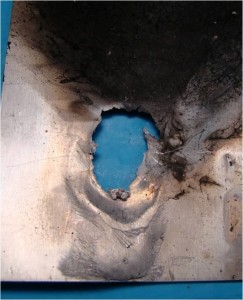 From Star Wars blaster rifles, to lightsabers, and photon torpedos, the idea of using a laser as a weapon has certainly been popular in the realms of science fiction. In reality though? The idea has always been one that scientists have been receptive of, but too many limitations have, up until now, kept it from truly being used beyond medicine and industry.

Now military contractor Northrop Grumman has test-fired its nex-generation Firestrick solid-state laser, called Gamma. This test was to get a better idea of the potential of “Gamma” as a weapon and was conducted at the company’s Redondo Beach laboratory. The test showed that a laser could burn through the skin and critical components of a target drone that they used to represent an anti-ship cruise missile, the kind that often threatens US navy ships.

Basically, Gamma operated during the test at 13.3 kW for a number of shots that were conducted over a one-and-a-half hour period with stable performance. With only a 13.3 kW output, you might be thinking, “Okay, that can’t do a whole lot though”, but the test was merely to measure the ruggedness, stability and power of the Gamma laser concept. The beauty of the system is that it is designed to be “chainable,” meaning, that you can link together several of these little guys to create a big guy capable of 100 kilowatt shots and weighing just 1.5 tons.

While I wouldn’t expect a bunch of powerful Gamma-equiped tanks and battleships to flood the US military anytime soon, it is clear that the time for change is coming and that ideas that have long been stuck in the realm of science fiction, like lasers, are becoming closer than ever to reality. Perhaps my dream of owning a real light saber may someday still come true. In the mean-time, I could always use one of the unique light sabers we saw just a short while ago.