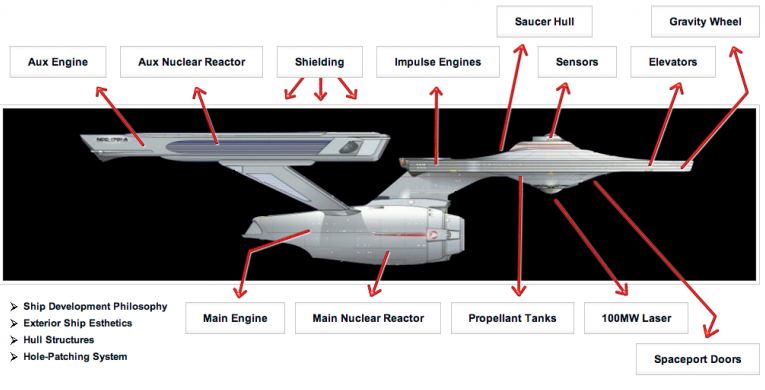 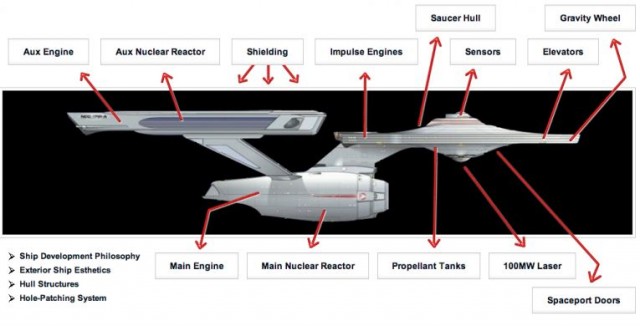 There are Trekkies who like to build scale models of their favorite starship. Then, there is a guy called BTE-Dan who not only has ambitions to build the real thing; he already has created a remarkably detailed plan on how to go about do it. The Build The Enterprise website has been up for about a week, getting overwhelmed by traffic from fellow Trekkers and regular aerospace fans alike.

BTE-Dan (Build The Enterprise Dan?) has published specifications for the iconic spacecraft, as well as estimations for the costs involved. He also has a mission plan and funding strategies, demonstrating that he has really thought this out. If everything goes according to plan, he said the real USS Enterprise (called the Gen1 Enterprise) could be built in as little as 20 years. 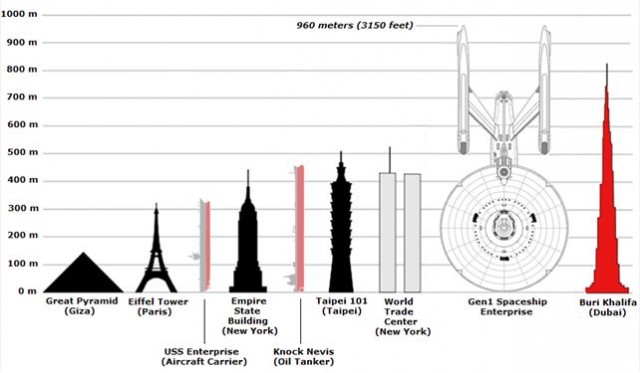 While his proposed Gen1 Enterprise will bear a resemblance to its sci-fi counterpart, its function will be a little different. This Enterprise will be a “spaceship, a space station, and a spaceport,” working in some ways similar to the current International Space Station, though BTE-Dan decries the lack of gravity on the ISS. He’s overcome it with a rotating magnetically-suspended gravity wheel in the saucer section, generating 1g. He also bemoans the “comical and primitive” toilet facilities and the cramped quarters. His Gen1 Enterprise would be home to about 1000 people.

As expensive as it sounds, Dan claims the the project would constitute only (I say only) 0.27 percent of the United States’ GDP, and would allow the construction of ever-more advanced Enterprises every 33 years. Dan claims this compares favorably to the Apollo era, when NASA’s budget averaged 0.5 percent of the country’s GDP. Further, at a spend of $40 billion per year, Dan reckons this equates to 1.1 percent of the 2012 budget.

This spaceship is not designed to “boldly go where no one has gone before.” Instead, the 1.5 GW nuclear-powered ion engine is for intra-solar system missions, reaching the Moon in 3 days and Mars in 90 days. It would not have any “faster than the speed of light” warp drives. One small step for man? One giant waste of time for mankind?