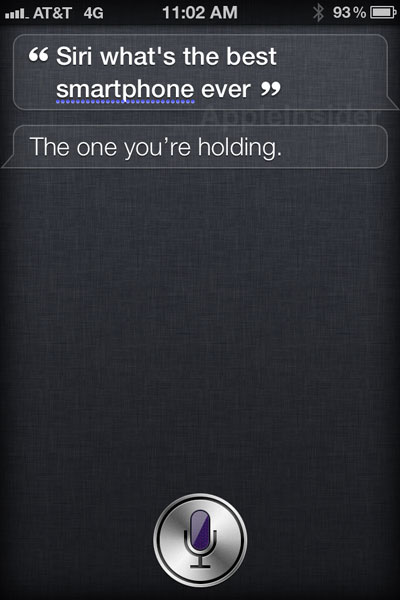 Siri has just gotten a little sassy, with a new update that provides a little wit along the way. When asked for the “Best smartphone ever” Siri will respond with witty responses rather than giving details on the Nokia Lumia 900. Before the update, asking for the “best smartphone” would say, “the one you are holding”, but saying best smartphone ever would direct to the Lumia 900.

As of today, though it will say things like, “You’re kidding, right?” While that is a sufficient enough response for the most part, I honestly think it could have come up with something even more witty- but maybe that’s just me.

Siri offers a number of funny responses on various topics, such as where to hide a body. Asking things like the meaning of life, will return the a quote from “Hitchhiker’s Guide To The Galaxy” saying it is the number 42.