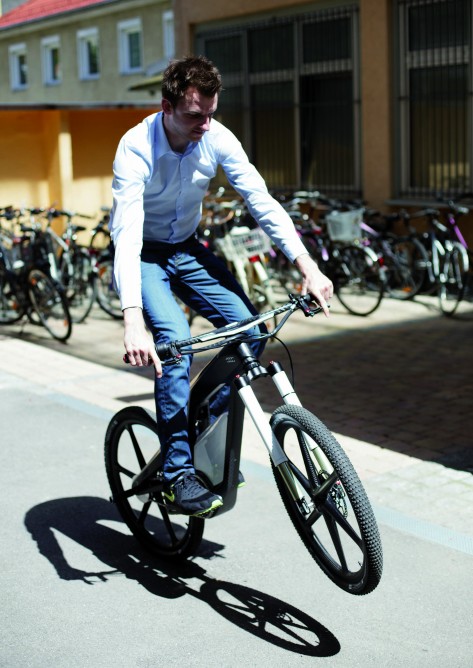 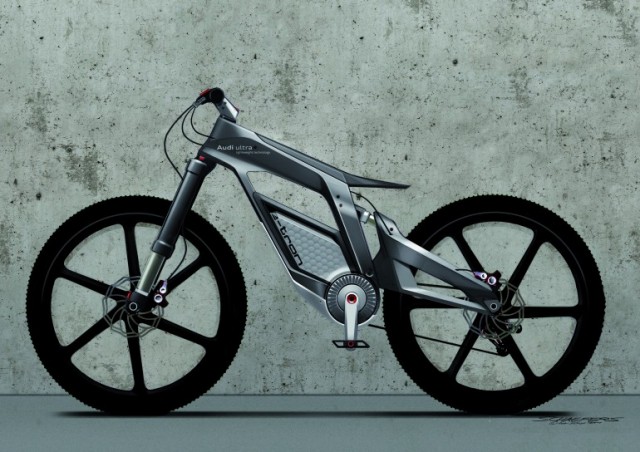 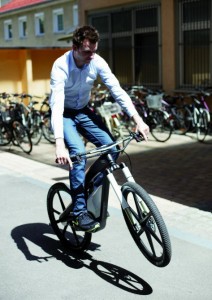 I didn’t even know that Audi was in the business of bicycles, but it looks like this slick e-bike concept could be the R8 of the electric bike world. To make its debut next week at the Worthersee Tour Car Show in Austria, this performance-oriented electric bike has at least two features that’ll spark some attention.

First, the futuristic-looking frame (3.53 pounds) is made from carbon fiber and it houses a touchscreen-equipped computer with WiFi, plus the necessary lithium-ion battery pack to power it. The wheels (1.32 pounds each) are made from carbon-fiber reinforced plastic (CFRP). Together, this keeps the weight down to just 46.3 pounds including the swappable battery and, thus, helps to make the e-bike more efficient. The motor peaks at 2.3kW for 250 Nm of torque.

Second, there are five “travel” modes on this e-bike. They range from getting you to rely on your pedal power alone to allowing you to cruise on electric power alone, the latter of which has a top speed of about 31mph. There are also two “wheelie” modes where the power is controlled to help you keep that front wheel in the air, offering better stability and balance.  No word on price or release date. 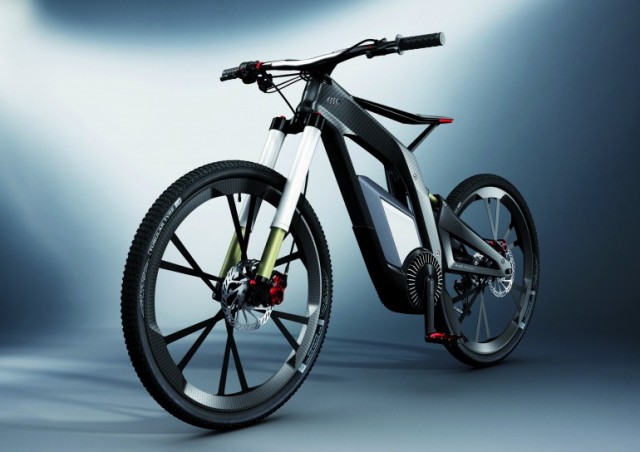