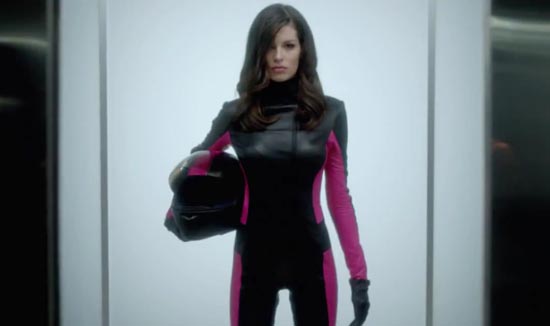 Just a little less than a half-year ago now, AT&T and T-Mobile’s merger fell through, and the struggling T-Mobile was left on its own, with no choice but to pick up the pieces and attempt to rebuild what it had lost in the last few years. Now it seems that T-Mobile’s Carly has gone from pretty pink dresses to a feminine biker in the newest commercial take that uses motorcycles as visual aids to demonstrate how fast T-Mobile’s 4G is versus the current AT&T standard.

Pretty bold move on T-Mobile’s part, but talk is cheap. Can T-Mobile actually rebuild what it has lost and become more than a pre-paid carrier? They certainly are trying, opening up and remodeling thousands of locations, as well as putting billions into creating their new 4G LTE network — which is capable of blazingly fast 42Mbps speeds — using its faux-4G HSPA+ network systems. The network already manages to have more flexible plans and pricing than its rivals, but it does have a few shortcomings such as the lack of true iPhone support. The good news is that, even if they won’t sell them directly, by the end of the year unlocked iPhones will actually work on the T-Mobile Network as well.