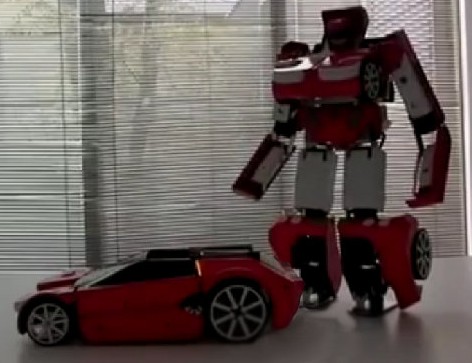 You’ve seen just about everything there is to see when it comes to RC cars, right? What about one that transforms instantly before your eyes to a dancing robot that has a pretty strong resemblance to one Optimus Prime? This little guy was made by Kenji Ishida, and features 22 servos that allow the robot to function, it also makes a reasonably decent RC car, as well. This is the fourth version of the robot, so far, and the creator is expecting to continue to expand his efforts to make an even better transformer.

This is pretty cool, though honestly it transforms a little slower than the ones in Transformers, but hey, it’s still extraordinarily impressive, to say the least. It’s amazing to see walking robots like this becoming more and more common. Makes you wonder just how much out of Sci-Fi movies and TV shows are really going to happen in the next few decades.