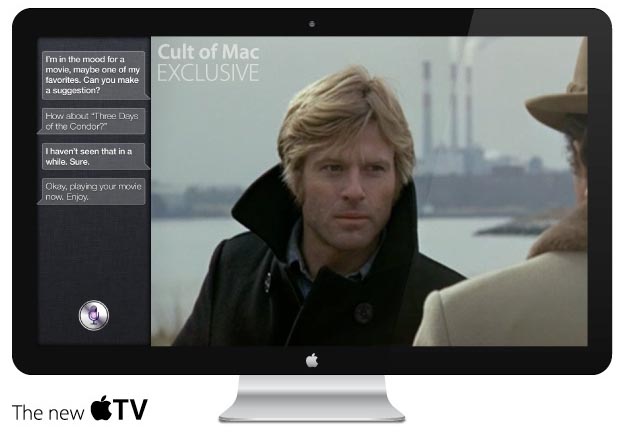 People thought Apple was crazy when it entered the mobile phone market with the iPhone, but look at where we are now. People are saying the same thing about Apple getting into TVs, but we’ve got reason to believe an Apple HDTV is very real and very much on the way.

This comes by way of an “anonymous source” to CultofMac, but this insider has come through with some juicy details before. In this instance, the upcoming Apple HDTV is going to look mostly like the existing LED backlit Apple Cinema Displays, except much larger. We can probably expect a small handful of models in the 40-inch to 60-inch range.

What’s interesting is that we’re hearing the new Apple HDTV will feature an iSight camera for FaceTime as well as the Siri personal assistant (from the iPhone 4S) for some navigation. Aside from that, details are sketchy, but we have heard that Foxconn has invested $1.6 billion in Sharp’s TV unit. There has to be a reason for that. 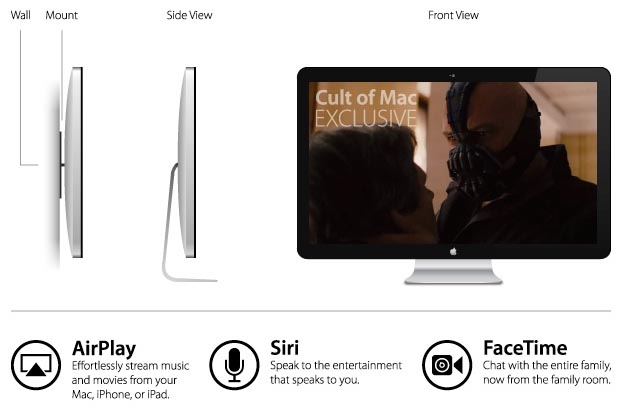 I don’t really expect Apple to make a TV just for TV’s sake. It’s going to be like the iPod or the iPhone in that they’ll create some sort of closed environment to “revolutionize” the experience. You can probably expect heavy integration with the iTunes Store, possibly at the expense of ousting “alternative” entertainment sources like conventional cable TV. We will see, but according to TV analyst Paul Gagnon, we should see this come to light some time in 2013.