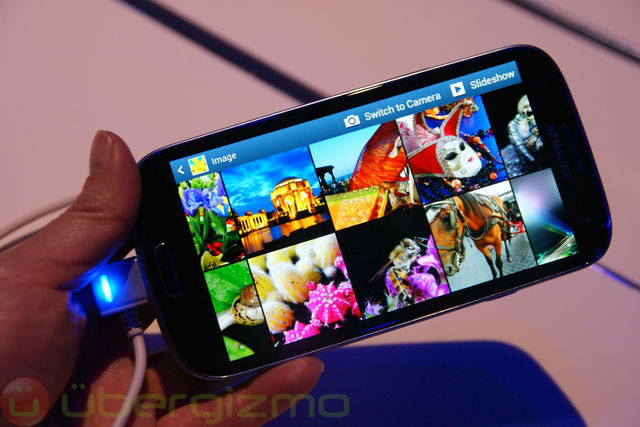 After months of speculation and hearsay, the Samsung Galaxy S III was officially unveiled to the world earlier today in London, but which carriers are going to get their hands on this latest slab of Super AMOLED deliciousness? After all, Samsung didn’t make any formal indication at the official event.

As far as American carriers are concerned, it looks like at least T-Mobile and Sprint are getting it, but there’s no official mention or word for Verizon or AT&T yet. The Sprint version will likely be equipped with the ability to use the upcoming 4G LTE network, whereas the T-Mobile version could make use of their HSPA+ network instead. It has been postulated that the T-Mobile version will be the only one with a quad-core chip, since the LTE versions would require either an external 4G LTE modem or a non-Samsung dual core chip with LTE (likely the Qualcomm Snapdragon S4).

Given the history, we’re expecting the LTE version to arrive at all of Canada’s big three (Rogers, Bell, and Telus) some time this summer, which should be the same launch window for T-Mobile and Sprint.