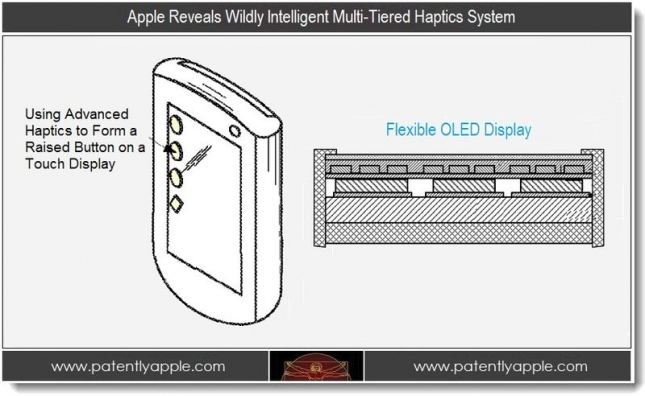 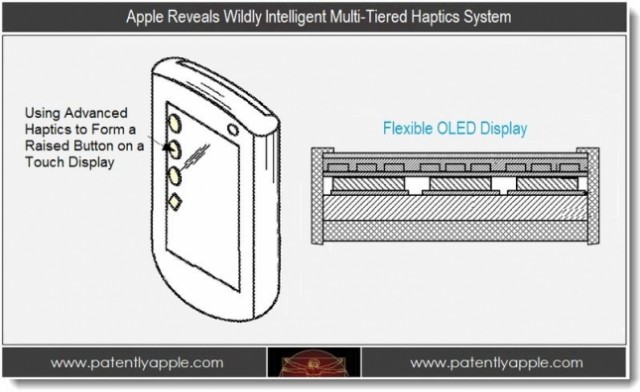 As great and as versatile as touchscreen displays may be, they don’t offer the same kind of tactile experience as physical buttons. We’ve seen haptic feedback solutions before, but nothing quite like what this Apple patent seems to be depicting.

Rather than simply vibrating the device each time you touch a virtual button, this system shows a multi-tiered haptics system that is intelligent. The idea is that by having multiple layers that can protrude and recede, you can create raised buttons on a touch-based display. That virtual button, in effect, just became a real button that you can feel is raised up from the rest of the screen.

The applications for this technology are endless, of course, from better gaming controls to geological maps with real 3D depth. The top layer of the screen would presumably be elastic, but it’s still not entirely clear exactly how this works. Either way, is this something that Cupertino is exploring for the next iPhone or iPad? Would it really be as polished as Apple wants it to be?