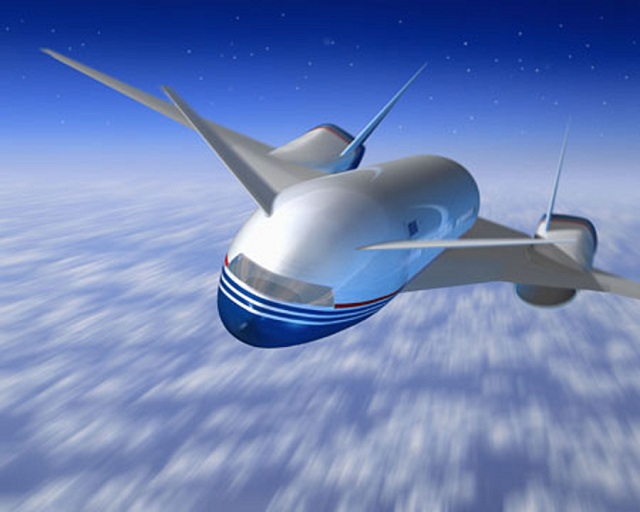 Boeing came out with their Sonic Cruiser design almost a decade ago, but they killed it later on and shifted to the slower, but more fuel-efficient 787 Dreamliner. Now it appears like a team of Boeing engineers is still working on the Sonic Cruiser project. The proof on the matter is a new Boeing patent application, published on April 19, which has revealed an improved Sonic Cruiser.

That, of course, does not mean that the company is going to build the Sonic Cruiser sometime in the future, but it’s certainly interesting to take a peek at new designs. As you can see below, the new concept has a lot of changes when compared with the older design. 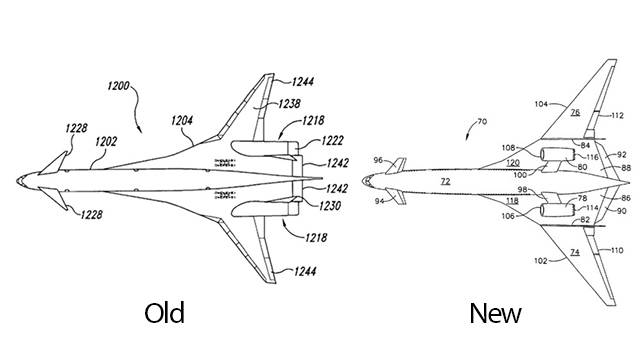 Stephen Trimble, at Flight Global, says that the Sonic Cruiser will have reduced noise and heat signatures, all thanks to the improvements made to the design. The engines of the nearly supersonic aircraft are placed over the wings, and they have vertical stabilizers for shielding the noise generated by the exhaust. Similar to the F-35, the engine will also have variable geometry chevrons. And the new design also has differences when it comes to the shaping of the fuselage, nose and wings.

So, will a Boeing Sonic Cruiser arrive in the future? It’s too early to answer that, but it’s surely nice to know that the project is not completely dead.