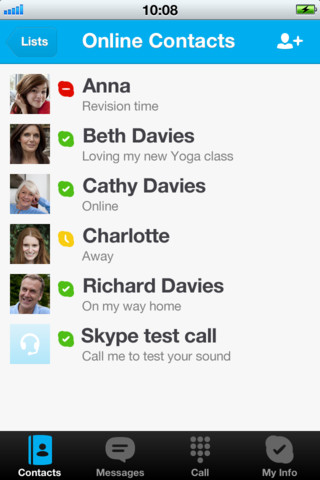 Do you have have the Skype app for your iPhone or iPad? Well, both versions have just received an update that brings a few new features and introduces a tweak to the user interface. The redesigned UI is for contacts and messages on the iPhone version, presumably giving you both a cleaner and a more robust experience. It’s up to you whether or not you like the new design; Skype does tend to butcher their “experience” with each subsequent update.

One of the new features is called “ability to move own video preview,” which I assume would mean that you can move around that video preview window when you’re about to engage in a video chat. The developers also promise increased accessibility, improved stability, a new sign-in screen, some “minor” UI improvements, and a series of bug fixes. The app has now also been coded to auto-restart if it unexpectedly crashes.

As before, the Skype iOS app is available as a free download through iTunes.