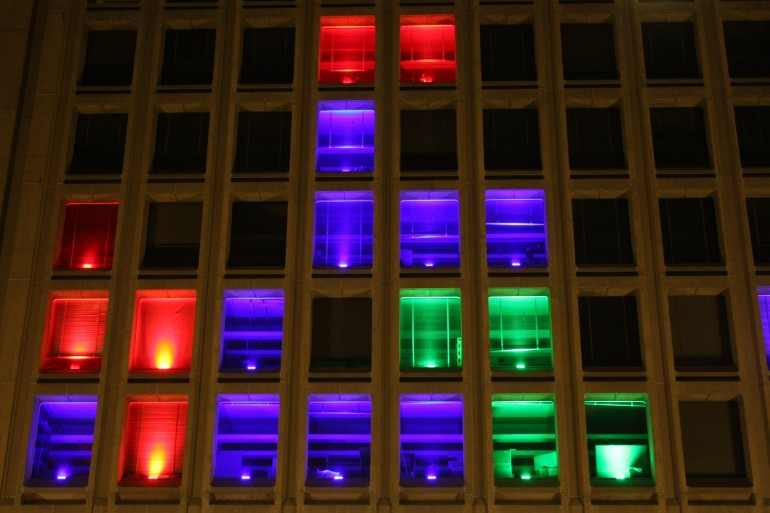 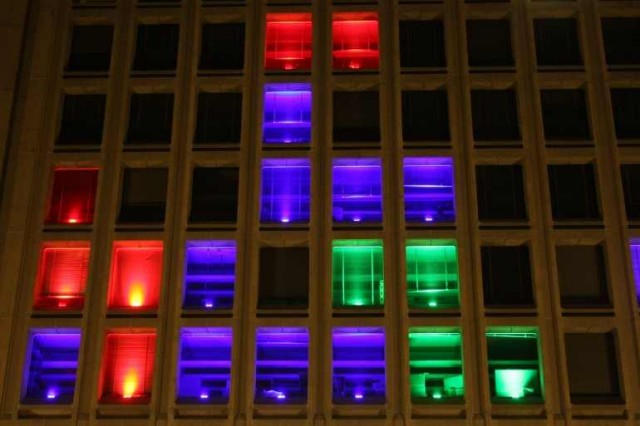 Over the course of the years, the ninety-five foot tall Building 54 has been the center of plenty of hacker attempts on visual displays, thanks to its grid-like windows to the front. The new hack realizes a pretty impressive dream, a gigantic game of Tetris.

For those that were asleep during the late-80s and early-90s, Tetris was a Russian game that was highly popularized after being purchased by Nintendo and slapped onto the Gameboy. The 21-story MIT building, known as the Green Building, has windows arranged in an 18 x 9 grid, which isn’t exactly the same as the 20 cells by 10 cells wide display common for Tetris, but it certainly works well enough as the pictures show.

The MIT IHTFP hack didn’t show how the Tetris game was accomplished, but it has something to do with mult-color LED lighting modules at each of the windows. Pretty cool MIT trick, though I’d be more impressed with a giant game of Angry Birds, or perhaps Super Mario Brothers. Yes, I’m hard to please like that. Kidding aside, its clear the folks behind this have a bit more time on their hands than most of us.