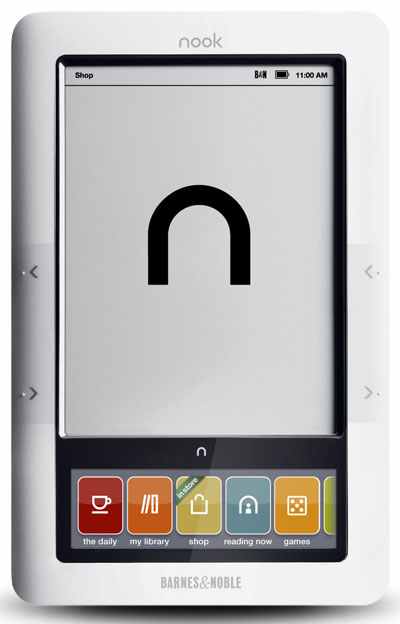 It seems Microsoft has now turned its sights on Barnes & Nobles’ successful Nook line, investing $300 million into the Nook and, as a result, Microsoft will now own a 17.6% in a new entity made up from the investment. For now, the name of this new company has yet to officially be unveiled, but it really shouldn’t come as any real surprise that Microsoft is making this move. This will allow Microsoft to have a better e-book strategy ready for its new Windows 8 tablets, which launch later this year. While Microsoft’s current Windows 8 Consumer Preview already has a Kindle app, it has now been announced that a Nook app will come with Windows 8, more than likely pre-installed.

When you combine this investment with the recent news that Microsoft is re-tooling its multimedia service, Zune, with a new Xbox-branded multi-platform music/video service, it starts to become clearer that Microsoft is pulling out all the stops to make sure they have as much content as possible when Windows 8 tablets hit the scene. Overall, this is just being smart on Microsoft’s part, after all, Apple has already established millions of apps and multimedia content, so Windows 8 will need all it can muster if it’s going to convince anyone to migrate from the iPad, or even an Android tablet, to their new ARM and x86 tablet devices.

As for why Barnes and Noble would find this partnership useful? Beyond the fact that they get a massive $300 investment? Separating its Nook line from its brick-and-mortar and non-digital book offerings might be a way the company can better appeal to more users and other markets internationally, at least according to Forrester analyst Sarah Rotman Epps.

Will the move prove to be a successful one for Microsoft against competitors like Apple and Google? Or for that matter, will it give B&N an edge over Amazon’s Kindle line? Only time will tell for sure.