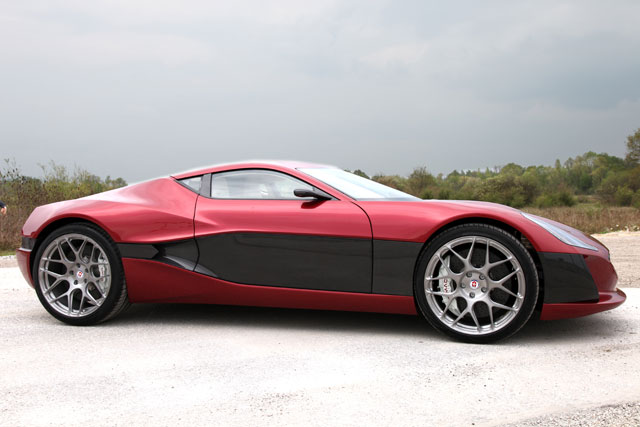 The fastest thing ever to come out of Croatia may just be Rimac Automibili’s Concept One electric sports. The electric racer is expected to go into production and their expected performance numbers is threatening to put gas-guzzling Ferarris and Lamborghinis to shame.  Rimac brought the Concept One to the Top Marques Monaco event last week, officially opening reservations and deposits for a delivery which will start in 2013.

The Italians are likely to cringe and cry: Mama Mia! A million for a Croatian sportscar!  But does the car, which has the curves, really have the juice to upstage the Italians?

If you find these numbers rather ambitious, just have a look at the exorbitant stats Rimac came out with last year when Concept One was first unveiled – a whopping 2,800 lb-ft (3,500 Nm) torque. They have had the good sense to cut the torque figures down to half now. And with the existing technology, the first owners of the car might see the numbers further more down to earth, unless of course the designers have used alien performance enhancement packs in the car.

Rimac will roll out only 88 models of Concept One, which will have separate, special drive motors for each of its wheels.

And talking about wheels, the Croats have gone an extra mile to get the best performance rubber for their beauty, choosing Vredestein Ultrac Vorti high-performance tyres which the designers believe is capable of delivering the best grip when operated with Rimac’s four in-wheel motors.