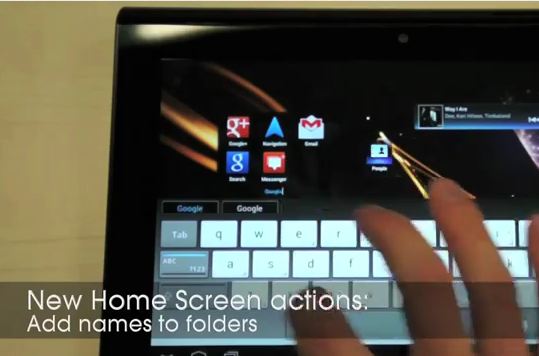 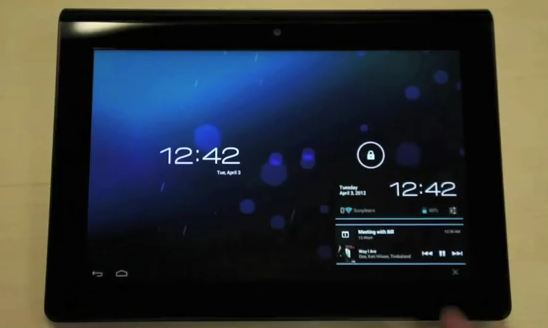 Ever since getting my Sony Tablet S early this year, I’ve been anxious to see when and if they’d be pushing Ice Cream Sandwich onto the Android-powered tablet. While you may have been able to find some unofficial ROMs already, Sony has now pushed out an official Android 4.0 ICS update to the Tablet S and it comes with a wealth of new features.

Personally, one of the highlights is the inclusion of a native screenshot capture. It used to be that you had to root the Sony Tablet S to get this feature, but now it’s built-in; just press the power and reduce volume buttons at the same time. The ICS update also brings direct access to the SD card, an enhanced web browser that allows for offline viewing, a new panoramic camera mode, and an enhanced gallery media viewer with photo editing tools.

The lock screen is also enhanced, giving direct access to notifications and giving the ability to unlock directly to the camera app. On the home screen, you can now create folders for apps by dragging them together and these folders can be named as you see fit. And finally, they’ve developed exclusive “small apps” that can run over top other apps for some multi-tasking, not unlike what you get in a desktop environment.

The update is automatic. The next time your Sony Tablet S connects to Wi-Fi, it’ll prompt you to do a system update. Click OK, let it jump through some hoops, and you’ll have Android 4.0 running in a few minutes.