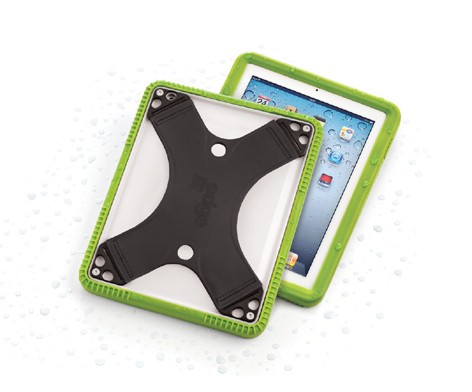 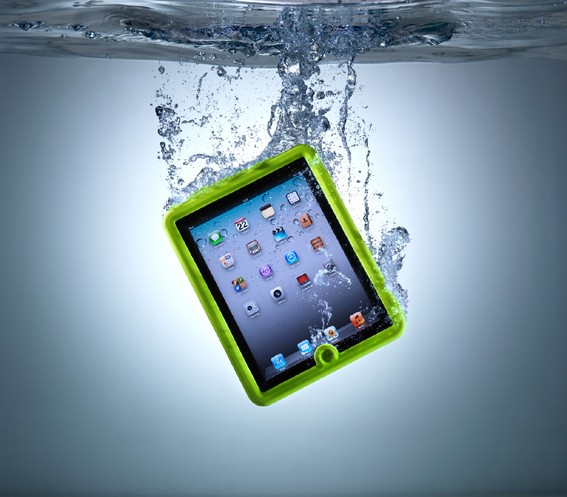 When it comes to your iPad and other iDevices, keeping them out of harm’s way makes sense. Not all of us need to worry about extreme circumstances, like avoiding bullet shatter with a steel case, but a little protection is never a bad idea. The new Lifedge has an option that makes iPad water and dust proof, with a rating of IP67. Basically, this means you can submerge your iPad in 3 feet of water for up to thirty minutes and not have any harm come your way.

For those that want to bring your iPad to the beach, this is a pretty good idea. What about the rest of us? Actually, if you are a parent its a pretty darn good investment too, I’d say. A year or so ago now, my toddler decided to take my Android smartphone for a swim in the toilet, wish I’d had something like this protecting it. Instead, it was time for a new phone.

The Lifedge iPad case isn’t just waterproof though, it is also designed with OptiGuard coating which the company says will allow it to offer exceptional screen clarity in the sunlight and making it more resistant to possible chemical and oil exposure. Still want more out of your case? It is also able to protect the iPad from a three foot drop.

Sound like something that would interest you? You can get ahold of one for $161 dollars, though that might be a little pricer than some are willing to spend on a case. It’s also worth noting that, for now, it only has iPad 1 and 2 versions.