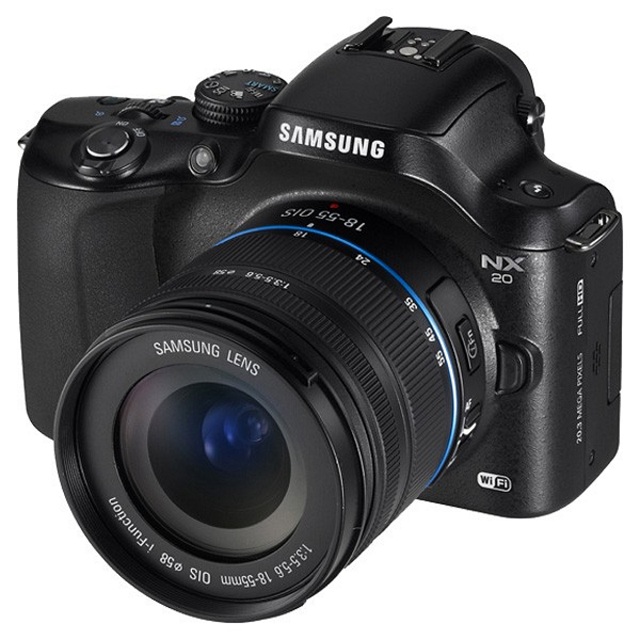 Samsung is known for incorporating new technology into their cameras and they have just introduced three new cameras into the company’s NX Series of compact, mirrorless, interchangeable lens cameras – the NX1000, NX20 and NX210. Unlike other large sensor cameras which might require you to use an Eye-Fi memory card for getting online, the new NX models are coming with built-in Wi-Fi.

Coming equipped with Samsung’s own 20.3 megapixel APS-C (23.5 x 15.7 mm) CMOS sensor, all the models feature ISO100 – 12800 sensitivity, one button upload to social networking sites, in-camera editing, 2D and 3D Panorama modes, the i-Function system which will allow you to control parameters at the lens, and are compatible with the full range of nine lenses.

The cameras will wirelessly link to a Samsung smartphone via the SMART technology and you can use the handset as a remote viewfinder, and the Samsung Mobile Link will allow you to enjoy the shots you have taken on internet enabled TVs or tablets. The models also feature Full HD 1080p H.264 video recording, and also offer an unusual 1920 x 810 pixel resolution setting. 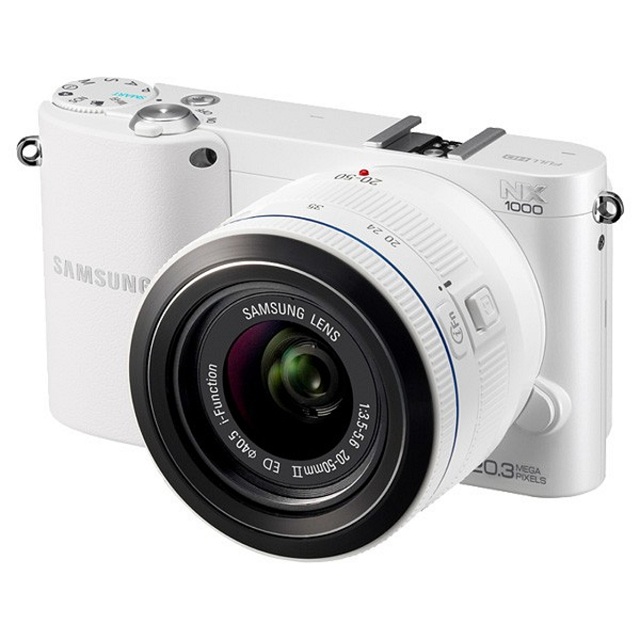 Among the three new cameras, the above pictured NX1000 has the best resolution display at 921,000 dots on a 3-inch TFT LCD panel. Its 1030mAh battery promises 320 shots between charges and it will be available in black, white or pink in June, but no hints on the price tag. And no built-in flash, but you can attach external lighting.

The NX20 has a DSLR-like body and features an SVGA-resolution electronic viewfinder and a 3-inch, 614,000 dot AMOLED swivel display. It also comes with a fast 1/8000 shutter speed, a pop-up flash, and will allow you to take 360 stills between charges all thanks to its 1300mAh rechargeable battery. If interested, you can pick one up next month for $1,099.99. 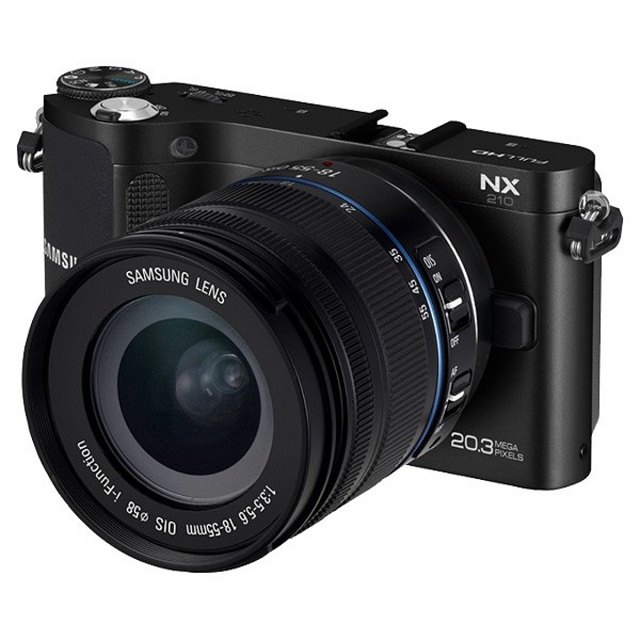 The NX210 is also coming next month and it will take the place of the NX200. Featuring the same AMOLED display as the NX 20, the NX210 is coming with 8 fps continuous shooting. No built-in flash for this one as well, but external units can be attached. Similar to the NX1000, the NX210 has a 1030mAh battery for taking 320 stills in between charges. The camera comes with a price tag of $899.99.

So, which one has caught your eye?