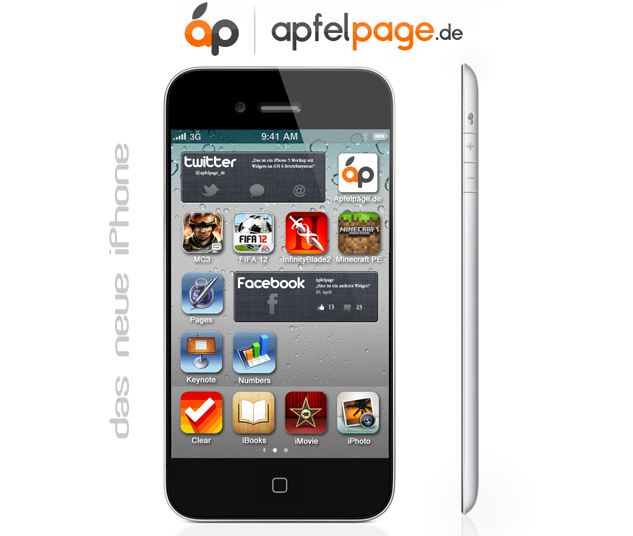 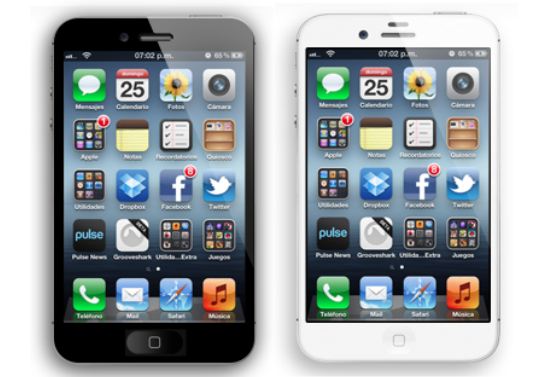 It’s starting to sound more and more like the iPhone 5 (or whatever the new iPhone will be called) is going to get bumped up to a four-inch screen, so how can we expect it to look? The latest crop of mockups offer a glimpse into the future design cue of the upcoming iPhone model.

The one shown above comes from design student Daniel Bautista. His mockup largely maintains the current iPhone design with the same kind of round volume buttons, but the screen has been stretched to have less of a bezel. The aspect ratio looks a little chubbier too, but the iPhone itself should maintain roughly the same thickness.

The new iPhone mockup shown below is from apfelpage.de, a German site that is a touch more daring with its outlook on the new iDevice. The phone is decidedly slimmer and has curved ends. You’ll also notice that the volume buttons are no longer little round nubs, but are rather in line with the overall chassis. The screen, once again, is closer to being edge-to-edge, at least along the sides. The home button is still intact, but it appears to be touch-sensitive.

One of the more interesting inclusions in the German mockup is the depiction of iOS 6 with a widget-enabled homescreen. This would allow the new iPhone to have similar functionality to current Android smartphones, getting continuous updates on widgets that are larger than single app icons.

We can’t say for sure which way Apple will go with the iPhone 5, so we’ll have to wait until around October when the new iPhone is officially launched.