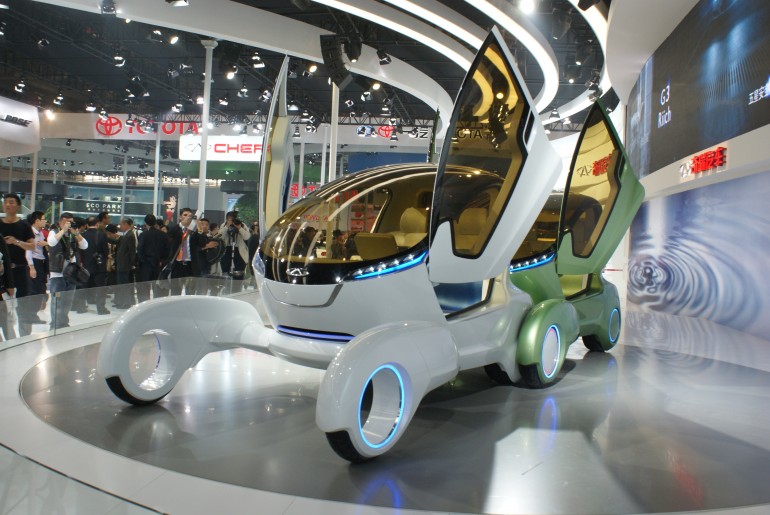 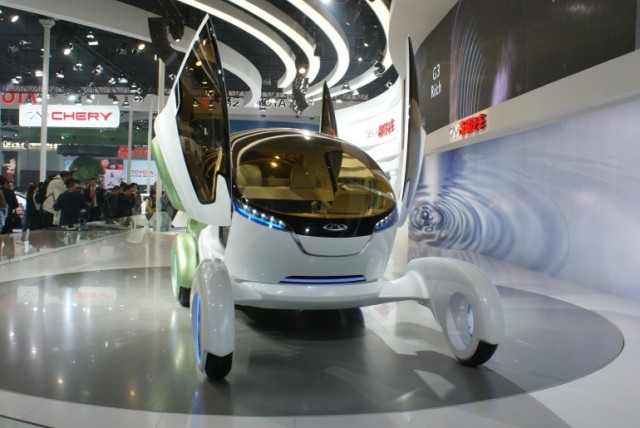 The most eye-popping of concepts to come out at the Beijing Motor Show must be the Chery Ant. In fact, eye popping will be an understatement for the concept rolled out by Chinese car manufacturer Chery.

If it becomes a reality, it could usher in Vehicle Platooning on to freeways using the infrastructure proposed by General Motors China in its EN-V concept.

Let’s get to the looks of Chery’s innovation first. Well, they have named it aptly for it looks like an ant. Small, compact, in fact a little too compact for comfort if you are a person of larger proportions.  But it’s rather cute and on congested Asian roads or narrow European ones, this cutie will be practical. Parking problems will be out of the window with the Chery Ant as it literally takes the same space required to park a super bike.

Let’s get to Platooning  Ants can go anywhere on its own but it can also attach to two or more Ants with an automated telematics systems by pairing up one car’s rear wheels with the front wheels of another.

This is possible because Ants can see and communicate, comparing destinations with other Ants via the cloud. And if two Ants are heading in the same direction they can be put together, making the journey energy efficient and faster. How efficient, it’s yet to be known. 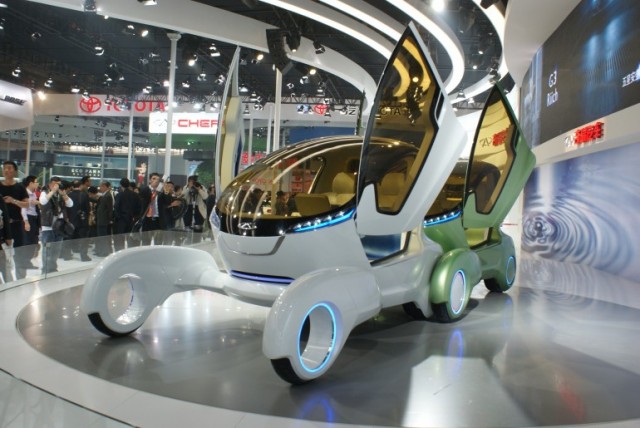 There are claims that up to 10 Ants can be tagged together as a train but no official video or photos are available of the Ants in Platooning action.  It will be great if this concept works though.