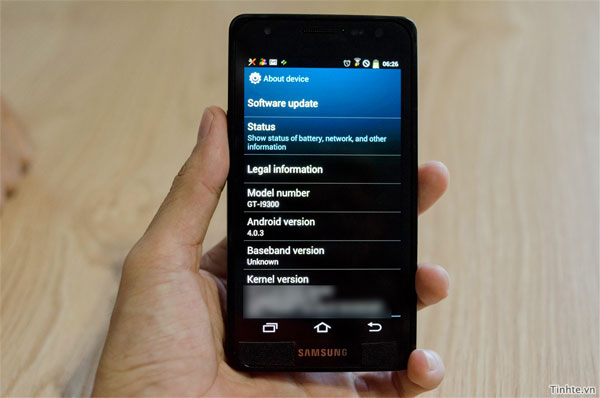 Weeks ahead of the expected launch at the 2012 Samsung Mobile Unpacked event, it seems that Vietnamese site Tinhte has managed to get ahold of the GT-I9300– which is likely the actual model name for the Galaxy S III, if Samsung decides to follow its existing naming convention. The leaked specs say that the phone features a 4.6-inch 720×1184 resolution display, a quad-core 1.4GHz processor, 1GB of RAM, 8MP camera, 16GB internal storage, microSD, and Android 4.0 ICS. According to Tinhte the 2,050mAh battery will also have NFC capabilities built right in.
Overall, the phone looks pretty cool and certainly looks legit enough. Still, until the London announcement at the 2012 Unpacked Event, I’d take it all with a grain of salt. As usual, reaching out to Samsung delivered nothing more than a generic “you’ll tell you more at the 2012 Samsung Mobile Unpacked” response. You can get a closer look at the device through the video below, but keep in mind that it is in Vietnamese.