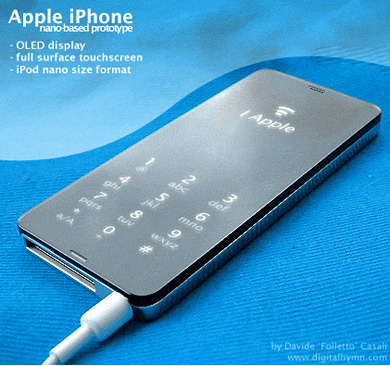 Apple certainly has to make sure that the sixth generation iPhone is something different, since most iFans were not too happy about the 4S. It appears like the device will indeed be different, coming with a LiquidMetal casing and the earlier rumored LTE support to keep up with the times, if the new rumors are to be believed that is.

According to Gene Munster, analyst for Piper Jaffray, Qualcomm is getting ready to supply the LTE chipset for the next iPhone and the device will possibly be launched this October. Nothing unbelievable about that launch date as it is a year after the iPhone 4S’ announcement.

But what’s more interesting is the info that the upcoming iPhone might be housed in a LiquidMetal casing. In case you are imagining the iPhone in liquid state, LiquidMetal is an alloy of titanium, nickel, copper, zirconum and other metals. If this material is used for making the casing, it will give you the feeling of glass but will be physically tough and also resistant to wear, scratches and dents. Which means those iPhone repair stores which are sustained solely off broken iPhone screens may have a tough future.

Since objects made of LiquidMetal can be formed with a process like injection molding, it is possible to make different physical forms. We are expecting a unique unibody casing.

A new design will always be welcomed as the current iPhone design has been here for nearly two years. And Apple has the exclusive rights to use LiquidMetal in electronic products; their first product was an iPhone SIM card ejector tool. Many other manufacturers are already into new materials for their phones, but the iPhone 5 (or the new iPhone or maybe iPhone T1000 or whatever it will be called) will be more attractive with the benefits of LiquidMetal.