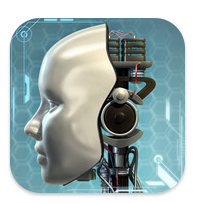 There is no denying that voice apps are useful, I regularly use Evi on my Android phone, and SIRI is pretty much a must-use for anyone with an iPhone 4S. What about those with older iPhones that don’t support the app? There are a few options out there, and the Netherlands-based developer, Sparkling Apps, has one of these options out, Voice Answer.

After three months of negotiating, tweaking and pushing Apple, they finally have their Siri-alternative out onto the market. Like Siri, it is based on data from Wolfram Alpha, among other sources, and allows you to ask questions with voice or by typing. Unfortunately, as seen with Evi on iPhone, many of these voice apps get approved and later pulled for being too similar to SIRI. Will Voice Answer be able to avoid a similar fate?

If Siri actually supported older versions of the iPhone, I’d understand their move to limit voice assistants a little better. As it is though? It’s not like anyone with an iPhone 4S will be downloading this. If they do, it will be the minority of 4S owners, I’d wager.