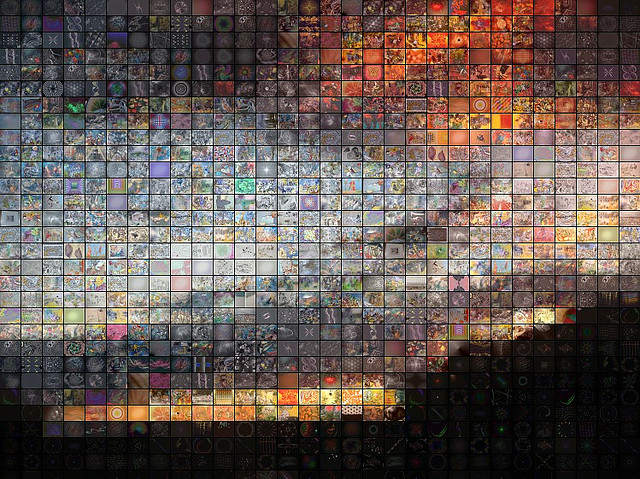 Today’s world is one of high-speed Internet and the ability to pretty much take pictures anywhere you go from the ease of your phone. With the idea of unique pictures being caught everyday, Ian Tuason founded a kickstarter-backed project to cover the development costs of an iPhone app called “Revolution Mosaic”. In short, the app is used to upload pictures into a large database where a comprehensive image will take form instantly as new uploads come to it.

One of the unique pictures will take center stage in the mosaic, which will consist in total of 360,000 images. Generally, the photos will be placed at random, with the exception of the center and the four corners. The corner spots will go to donators who were generous enough to contribute $500+ to the project. Cool idea and I’m very curious as to how it will turn out when its done.