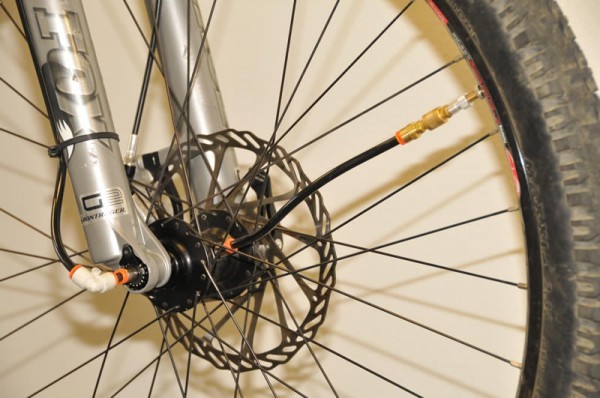 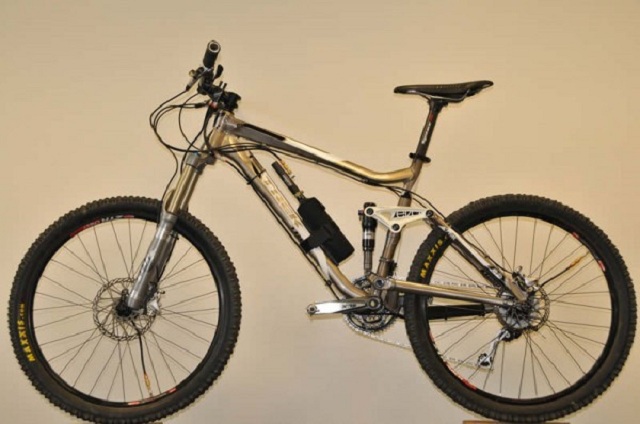 Mountain biking is always fun, but the air pressure that you set for the bike’s tires may not be correct all the time. If they are too soft, you won’t be able to gain that much speed on smooth stretches and the ride might become a bit bouncy if they are kept too hard. But you won’t face all these problems if your bike has ADAPTRAC, a system which will allow you to inflate or deflate your bike’s tires when needed while you are riding it.

Currently in the late prototype stage, the ADAPTRAC system consists of a control unit mounted on the handlebar (also mountable on the stem or down tube), a rechargeable compressed air tank (different sizes available) mounted on the down tube, a pressure regulator, bar-mounted analogue gauges, hoses, wheel hub, and “special, extremely low friction rotary seals”. 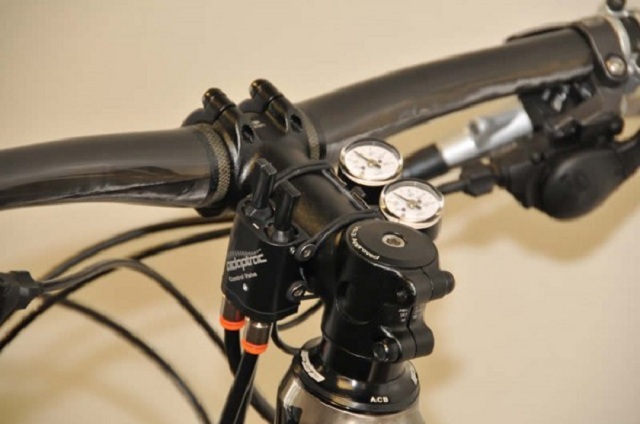 If you feel that there is a need for more air after checking the gauges, you just have to use the switches on the control unit to release air from the tank. The released air, brought down to 175 psi by the regulator, will go to either the front or rear wheel hub via one of the two frame-mounted hoses.

The rotary seals in the system will make sure that there is no leakage of air and will also allow the wheel to spin freely. And the air from the hub will be fed into the tire through another hose.

We presume that the air will be released from the tires into the atmosphere when softer tires are required. The new system, which weighs in at about 690 grams with an empty 9-ounce CO2 tank, will be shown off this week at the Sea Otter Classic Expo in Monterey, California. The price will be announced shortly after that.