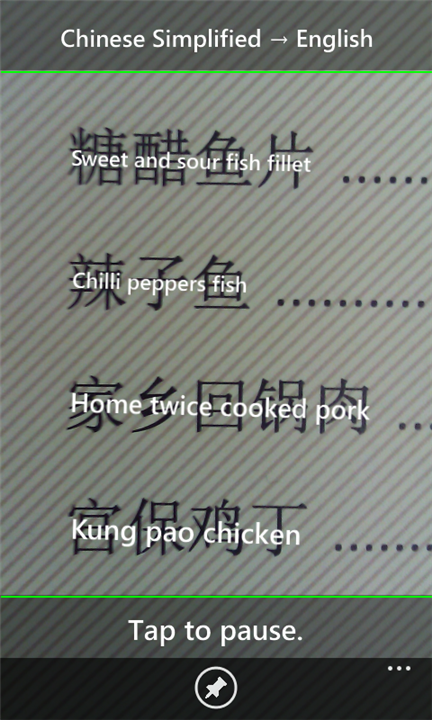 When it comes to Windows Phone, you have a rather stable and enjoyable platform that tends to get left in the cold when it comes to major cross-platform app releases. It is true that Microsoft has done a phenomenal job recently in increasing its app presence, doubling it to 40,000 in less than six months, but it is still a well known fact that if you want app quantity, you look to Android or iOS. Luckily, Windows Phone does have some true gems that may make users turn to it for the quality that the platform brings, though.

Today one of these quality apps, Translator, gets a truly useful update. While the program has existed for a while, it now has Bing additions that include the ability to live-translate anything on the fly. In other words, point at a sign and a translation, in your language of choice, appears.

This point and scan system could be perfect for travelers that are visiting countries outside of their native language. It also offers voice translation on the fly (though don’t expect it to replace a true in-person translator anytime soon) and you can enter phrases directly into the program for translation as well.

Is this the first app of its kind? Not at all, but having the power of Bing (and Microsoft) behind it certainly adds some weight to the program’s worth. The fact that it is totally free in the Marketplace is just additional icing to this cake. It’s nice to see that even if Windows Phone doesn’t get all the big titles, it still manages to have some very high quality ones that help the platform shine.