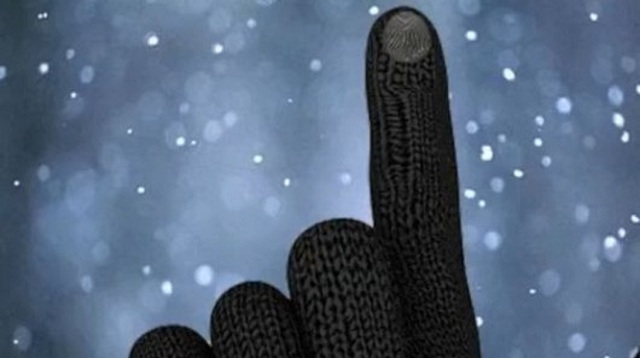 Using your iPhone or any other device with a capacitive display is a real problem during cold winter conditions as the touchscreen won’t work if you are wearing gloves or mittens (or else you should be using the new iPad which makes sure that your hand stays really warm). Washington, DC-based inventor Alice Ning has a solution for the problem. Her TapCaps will allow you to use a capacitive screen while wearing any pair of gloves.

Currently in the prototype stage, TapCaps are adhesive capacitive stickers that are said to be capable of mimicking the capacitance of the human body. They stick onto the fingertips of any gloves, and capacitive touchscreens will simply accept them as fingers.

Of course, there are other products that you can use on capacitive screens such as conductive gloves (Agloves, Etips, or ISGLOVES). But, according to Ning, all those degrade over time. And there is also the Digit, a conductive disc that can be pinned onto the fingertip of your glove. But TapCaps appear to be more convenient.

Ning says that her product needs more work to be done on it. After the design is perfected, it will reportedly be cold- and waterproof, silk-thin, won’t result in adhesive residue on the glove, and it also won’t be delivering electric shocks to you.

But she needs your help to complete her project and is currently raising funds on Kickstarter. Head here to show your support, and if you pledge $25 you will get a pair when the product is launched.