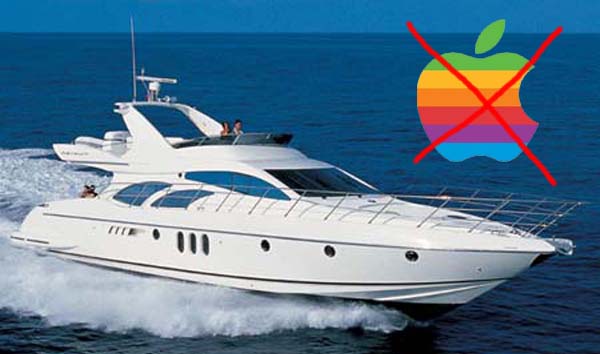 Great. You remember how a few days back, we caught word that French designer Phillipe Starck was working on a revolutionary Apple product that would see the light of day later this year? We wondered if he was working on the new iPhone or perhaps the new Apple television. Well, it’s neither of those. It’s a boat. And it’s not even an Apple product.

After getting all sorts of stark denials out of Cupertino, it has now been officially confirmed by Philippe Starck himself that he isn’t working on a new Apple product at all. Instead, it was a private project that he’d been doing for Steve Jobs, which has now been passed on to Laurene Powell, Steve Jobs’ widow. He was tasked with designing a luxury yacht for the Jobs family. It might end up looking nice, but it is certainly not a product that will be released under the Apple banner.

So, at the end of the day, the rumor initiated by Starck himself was really just a way for him to get into the public eye and get all sorts of free press from media outlets and the blogosphere. It worked, perhaps, but may have sullied his name.