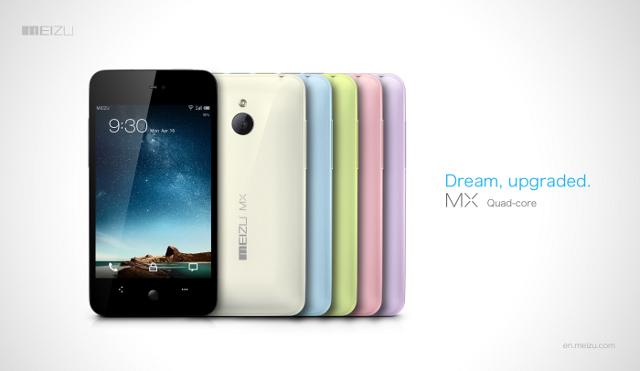 The much anticipated Samsung Galaxy S3 is said to be coming with a quad core processor and is expected to be a powerhouse, but why wait anxiously for the handset if you already have a powerful smartphone to play with. No, we do not mean the HTC One X which reportedly is coming with a design flaw. We are talking about the Meizu MX Quad-core which, according to the company, is the world’s first smartphone to utilize the quad-core Exynos chip.

Powered by a Cortex-A9-based quad-core Samsung Exynos chip, the new handset will run Meizu-customized Ice Cream Sandwich (Flyme OS) and has a 4-inch 960 x 640 ASV display. The company claims that the device will feature 20% less CPU power consumption, and its CPU is 60% faster and GPU is 50% faster when compared to its dual core predecessor.

The battery will be a 1,700mAh one (bumped up from 1,600mAh), which will be tested when we get our hands on the device sometime soon. You will also get to play with an 8 MP BSI camera with an f/2.2 lens aperture, which means that you will be able to snap some good images in low light conditions.