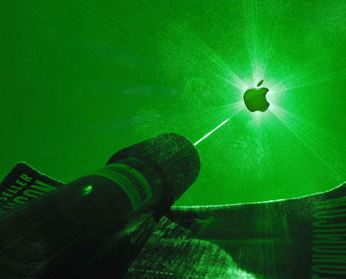 Phillipe Starck is an esteemed French designer, having designed everything from toothbrushes to motorcycles, but he has apparently been working closely with Apple on a brand new product. And that brand new product will be revealed to the world within the next eight months.

Via a translation of his interview with France Info, Starck says that they have been working on “a big project together” and this new project is “quite revolutionary.” He cites the “religious cult of secrecy” for now being able to provide any further details as to what this product may be, but he does indicate that he had met regularly with Steve Jobs before the Apple co-founder passed away last year.

While Starck hasn’t worked with Apple directly before (at least we don’t think he did), he has worked with Parrot to create some premium iPhone speakers and headphones. Given that the new project is “quite revolutionary,” I doubt that it’ll be an incremental design change like what we’ll likely see with the next iPhone or an updated MacBook. So, it may be more likely that this is the new real Apple HDTV. Or it could be something else entirely. For now, we are being teased with some high dangling fruit. And that fruit could be the best ever.