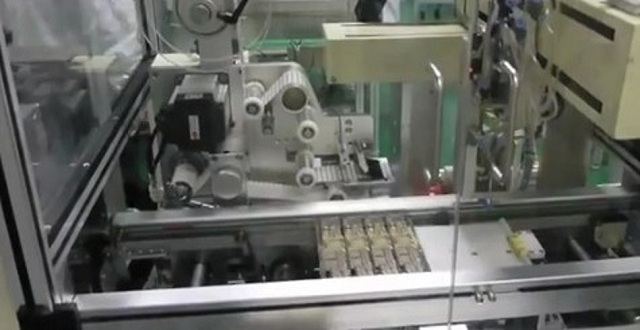 Apple’s Foxconn factory may not be the best place on Earth for a worker to be, but what comes out of it is certainly loved by millions around the world. Reporter Rob Schmitz, the Shanghai Bureau Chief of Marketplace, recently gained access into the factory and has written a detailed ongoing report about his experiences there. But the video below stands out as it allows us to take a peek at the process of making an iPad.

In the clip, you will see iPads being made via a combination of hand assembly and machinery. The processes shown include the installation of motherboard, display and other components, examination of the back cover for scratches, testing of the gyroscope and screen, and more, and the job is definitely blow-your-brains-out-boring. You will also get to take a look at different areas of the facility.

About the facility, Schmitz says, “The first misconception I had about Foxconn’s Longhua facility in the city of Shenzhen was that I’ve always called it a ‘factory’ — technically, it is. But after you enter the gates and walk around, you quickly realize that it’s also a city — 240,000 people work here. Nearly 50,000 of them live on campus in shared dorm rooms. There’s a main drag lined on both sides with fast-food restaurants, banks, cafes, grocery stores, a wedding photo shop, and an automated library. There are basketball courts, tennis courts, a gym, two enormous swimming pools, and a bright green astroturf soccer stadium smack-dab in the middle of campus. There’s a radio station — Voice of Foxconn — and a television news station. Longhua even has its own fire department, located right on main street”.

The company appears to be spending millions to improve the living conditions at the facility, but Foxconn is still considered as hell by most of the people especially after the suicides that happened some time back.