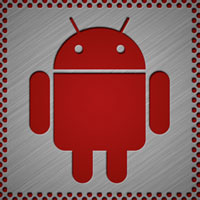 There is no denying that Android has had its fair share of security issues as of late. Now it seems that a new malware program, known as UpdtBot, has been discovered by NQ Mobile Security Research Center. Basically UpdtBot shows up as a text message that contains a link saying that an important system update is needed for an upgrade.

Once installed it gives a remote Command and Control server the ability to send SMS messages, make calls, and download new apps that might cause further damage to your phone (or tablet). According to NQ, there is likely already up to 160,000 devices affected by the malware. The direct reason for the existence of UpdtBot is unknown, but you can pretty much bet that making money is at the root of whatever is behind it.

While Android does have its major security flaws that are exclusive to Google’s platform (many more than Windows Phone or iOS), let’s be fair. These kinds of text/email viruses and malware have been around for other platforms, such as Windows, for well over a decade and honestly could probably happen just as easily with other mobile operating systems. The frustrating part is that a little common sense is generally all that is needed to avoid these kinds of scams, regardless the platform. Think about it, is it really still 2001? What kind of modern phone OS uses text messages like this for legitimate updates? None that I know of, but I could be wrong.

Never download anything from SMS, never from email, and always check the permissions that are being used by an app. A little research before downloading anything can save you time, frustration and even money.