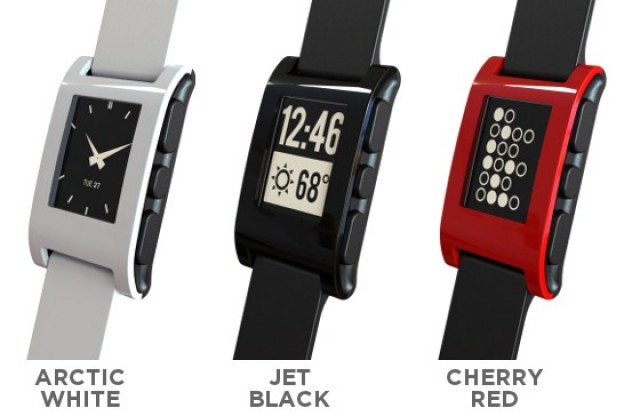 Let’s be honest. There is a lot of junk on Kickstarter that really shouldn’t get any funding, but sometimes you come across a real gem. And this is one of those times. Even though the folks behind the Pebble e-paper smartwatch were only seeking $100k to get their project off the ground, they’ve already received well over a million dollars in pledges. That’s gotta say something.

The idea behind the Pebble is pretty straightforward. It’s a smartwatch that can connect wirelessly with your smartphone over Bluetooth, displaying basic info pushed over that connection. The e-paper display helps with battery life, as well as being easier to see in direct sunlight. It’ll look like a piece of paper, rather than like the backlit display of an iPod nano watch. It even has some nifty watch face styles if you want to be a little more creative with your time.

Speaking of being creative, an API for the Pebble e-paper smartwatch is available too. This should give the devs some interesting opportunities. The early bird special on Kickstarter has come and gone, but you can still secure a Pebble smartwatch by pledging at least $115 before the funding round ends on May 18.