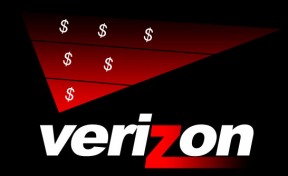 For the longest time, Verizon has remained the only one of the big carriers in the US that didn’t charge an upgrade fee when you go to re-sign a new two year contract, but not any longer. Starting April 22nd, Verizon will charge $30 for the upgrade process whenever extending a customers contract. You can read their exact words and reasoning for the change by checking out the statement put out by the carrier, but basically they claim that the charge was to better help them maintain their customer services and tools.

While this act is a little annoying, it’s not unaccepted. Honestly, rolling out new technology like 4G LTE is expensive and adding an upgrade charge is just another way they can snag some more profit. AT&T’s fee was only $18 earlier this year, but now it is $36, so I suppose this is still $6 less.

Does this move mean that Verizon is being greedy? I suppose the answer to that question would depend on who you ask, but again, all the big US carriers charge such a fee, so what choice do you really have, unless you decide to switch to a smaller carrier that is.

Regardless of whether you think the fee is fair or not, it really only affects users every two years, so it certainly could be a whole lot worse.