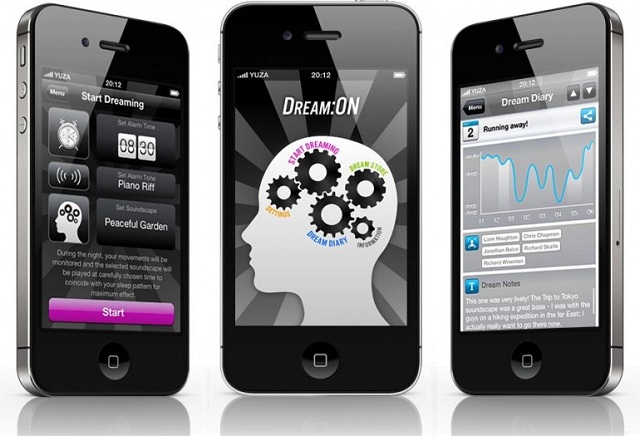 If you are someone who suffers from unpleasant dreams, and also happens to own an iPhone, the new Dream:ON app might be what you need. Developed by Prof. Richard Wiseman, a psychologist from Britain’s University of Hertfordshire in conjunction with the developers at software company YUZA, the new app will let you create perfect dreams by playing soundscapes while you sleep.

Wiseman is inviting volunteers to try out the new app and the project is being touted as “the world’s largest dream experiment”. For participating, all you have to do is open the app, indicate the time at which you want to wake up, and then select an alarm tone followed by a soundscape (such as Peaceful Garden or A Trip to Tokyo). Then you have to place the phone at the bedside turned on and plugged into an external power source.

The phone will monitor your movements via its microphone throughout the night. About 20 minutes before wake-up time, and when you enter REM sleep (indicated by decreased movements), the selected soundscape will start to play. In theory, the sound will be incorporated into your dream. Once you start moving again, the alarm will be sounded, which means that you should be getting up more refreshed as you are not waking up from deep REM sleep.

Wiseman wants to know whether the app will be effective in creating good dreams, as there is also the possibility of a dream in which you are in a peaceful garden with Freddy Krueger behind you. You can submit a report about your dream when the app prompts you, and your reports will be reviewed by Wiseman and his team later on for bringing improvements to the app.

Dream:ON is currently available for free at the App Store, and an Android version is expected to be available in the coming months. Check out the video to know more about it.