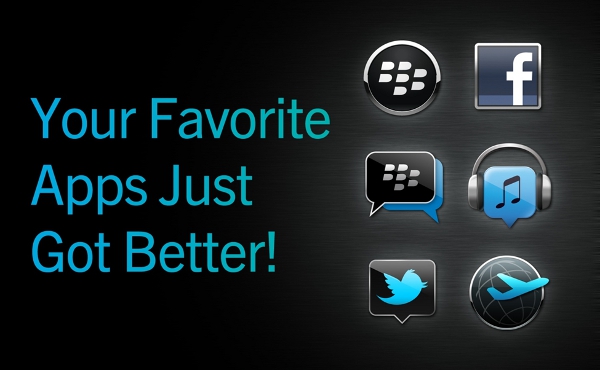 Over 800 Blackberry apps already has this functionality, and its clear that RIM is going to continue to leverage the technology on its platform. The updates are expected to roll out over the next ten days.

The new BlackBerrry App World update includes the ability to easily share their downloads via BBM and also is adding NFC for phones with Blackberry tagging abilities, giving Blackberry users even more ways to share their apps with one another.

RIM’s Blackberry phones (and tablet) have certainly seen a decline in popularity over the last couple of years, but it is clear that they haven’t given up just yet. Will the continued additions of BBM into apps make any real difference in regaining popularity or helping slow down this decline? What do you think?