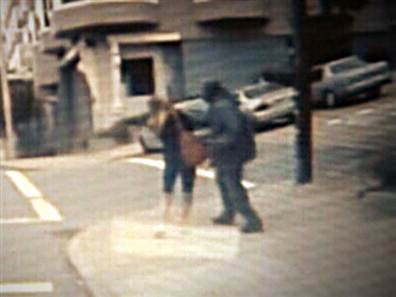 Ever had your phone stolen? While I can thankfully say I haven’t had the displeasure, my younger sister just had it happen about a month ago on her birthday. More than ever before, phone theft is on the rise, and this rise can probably be contributed to a couple of things such as the wide amount of resale options that exist these days like Craigslist, Ebay, and Amazon. Another big reason is that smartphones are much more expensive, and therefore more lucrative, than the cellphones of just a decade or so earlier.

This is why T-Mobile, AT&T, Sprint and Verizon have all agreed to come together and help the FCC form a database that can better protect against phone theft.

“At this point, the database is entirely voluntary, and more than 90% of all mobile users will be covered by the effort. The FCC, however, will not rule out a policy mandating participation, if voluntary participation winds up not materializing, according to an FCC spokesman.”

Essentially, in the next six months these carriers will create their own lists of every stolen phone and within the next following twelve months the list will be integrated together and kept track of with the help of the FCC. It is also a broad goal that all carriers, even the smallest, join into the project over the course of the next two years or so.

So what can this database do to help reduce the risk of phone theft? By having an active list in place, carriers will now make it so that any phone reported stolen can’t be reactivated by a new user- period. This means that phone thieves will have a much more difficult time selling these devices over the Internet, though I doubt it will prevent them entirely.

This is a great idea, but unfortunately the PROTECT initiative act won’t stop the problem altogether. It just means that the risk of buying a phone over the Internet has increased. If you buy a phone and think its legit, but it isn’t, you could be out a good chunk of money. Overall though, this database is a step in the right direction but is no substitute for being careful with your phone. I’ve never lost or had a phone stolen because I pretty much protect it with my life, but that’s just me.  If the database were to be made public so that consumers can check an IMEI within the database to see if it is listed, it would make a whole lot more sense.  But as of now it seems that it’s just a carrier level program.