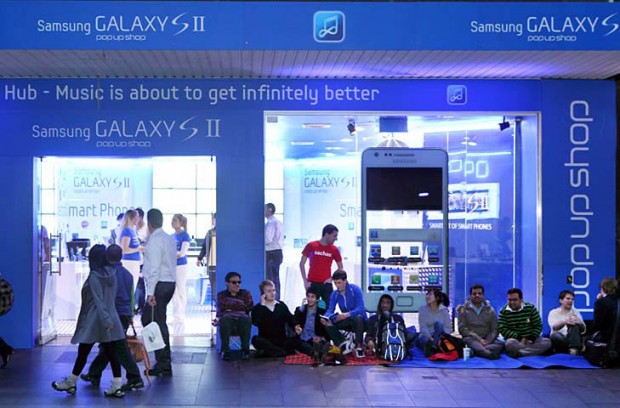 The Sony Store has been around for a long time. The Apple Store is as popular as ever. Following in those footsteps, it looks like Samsung is ready to open some retail outlets of its own right here in Canada.

Samsung has already experimented with retail stores internationally, including the temporary “pop-up” stores that were placed next to Apple locations, but this would represent the first time that Samsung would have its own permanent retail locations in Canada. This is in addition to Samsung “Experience Zones” that will appear as a “store-within-a-store” at places like Telus and other partner stores.

The company hasn’t yet come forth with its launch cities for these retail outlets, but the first standalone location is being planned for later this year. I’d imagine they’ll have one in Toronto and probably Vancouver to start before rolling out to possibly Ottawa, Calgary, Edmonton, and Montreal. But that’s just conjecture.

The hope is that Samsung will achieve the same kind of success as Apple with its retail outings and not the abysmal failure that has been experienced by the likes of Microsoft and HP. The good news for Samsung is that brand awareness and popularity are at an all time high, so the opening of retail stores may help to keep that trend going.

“We want them to see everything that Samsung can bring to them,” said Samsung Electronics Canada president James Politeski. “We want to give consumers the opportunity to experience the brand and the products in a way that they’ve never seen before, that really takes that experience up.”