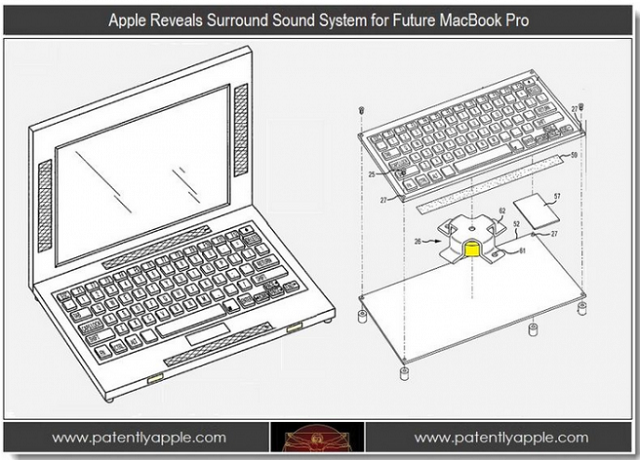 While having a reliable source inside Apple is a good way to learn about the company’s plans for the future, another simpler way is following their patent applications. According to an application published by the United States Patent & Trademark Office, Apple appears to have plans to add a surround sound audio system into MacBook-like devices, and this system might help them to make even thinner products.

To enable surround sound configurations, the system will include audio transducers along with multiple speakers. And from the looks of things, Apple is planning to improve audio quality while decreasing the sizes of speakers so that they fit into smaller and thinner form factors. When this detail is combined with the info about thinner keyboards, it’s safe to believe that the future Apple machines will be the thinnest ever. 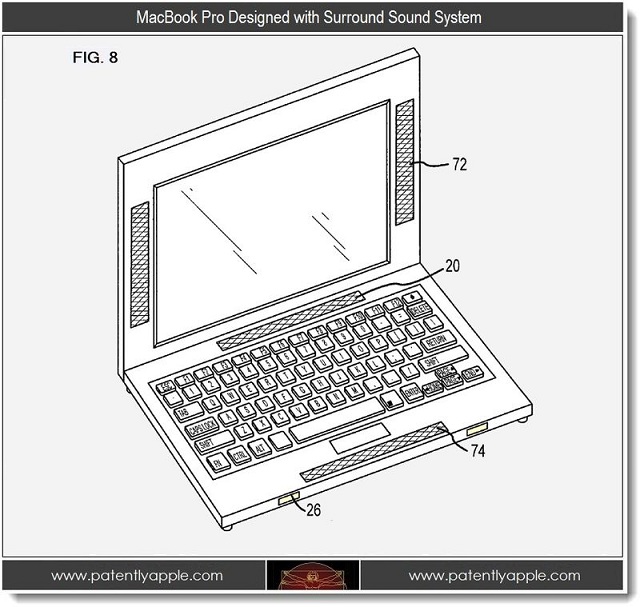 They are also saying that the transducer, which could be a gel speaker or surface transducer, can be placed inside a chair, keyboard, or a touch-based input device to provide tactile feedback for a better “home theater experience”.

So, what do you think about this?