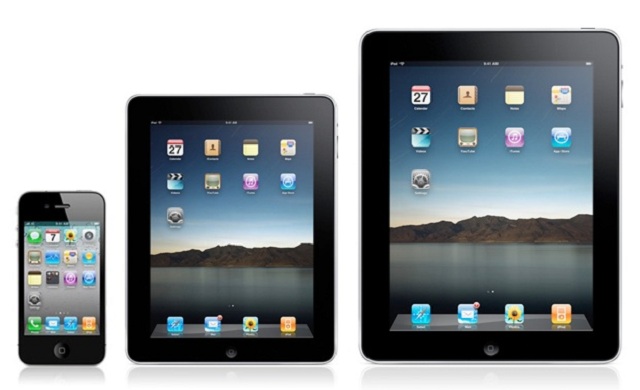 After tons of rumors about an iPad 3, what we really got, as you know, was the new iPad. So then will the iPad 3 still arrive sometime in the future? Is it in the works at the moment in a super secret Apple lab? Well, it appears like a new tablet, a smaller iPad, is indeed being tested by the company and it might get released later this year (maybe as the iPad 3 or iPad mini).

That’s according to Apple pundit John Gruber who was talking on The Talk Show, a podcast with 5by5′s Dan Benjamin. Gruber revealed that Apple is currently thinking about a smaller version of its iPad and has a 7.85-inch 1024×768 resolution iPad in their lab. According to him, the prototype device is “just like the 9.7-inch iPad shrunk down a little bit” and “the apps wouldn’t need to be redesigned or recompiled to work on it”.

Gruber says that he “wouldn’t be surprised if it never ships”, but suggests that Apple might introduce a smaller iPad at the Worldwide Developers Conference, since the arrival of a new iPhone is very unlikely. That device could compete against Amazon’s Kindle Fire and Barnes & Noble’s Nook Tablet. But there’s also a possibility that they might simply be testing new designs, and the said device may never see the light of day.

Yet, the thought about another new iPad for this year will make all the iFans excited. But, of course, even if such a device is being perfected for future release, we can’t say for sure what it will be named. iPad 3? iPad Mini? Newer iPad? Or maybe ePad?