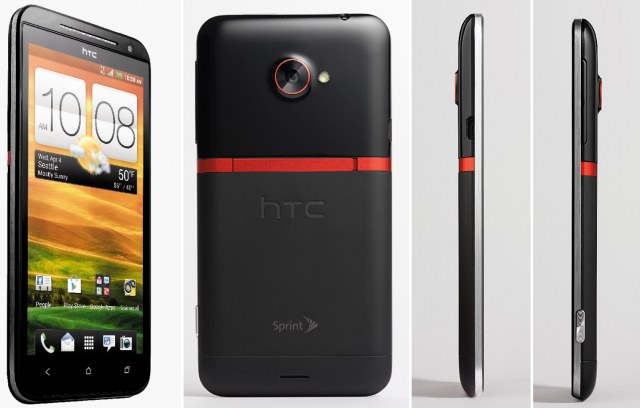 Not to be confused with that old HTC EVO 4G, the new HTC EVO 4G LTE has been officially announced and unveiled by Dan Hesse and the team at Sprint. Those last three letters make all the difference, as the original HTC EVO 4G only made use of the company’s WiMAX network. And LTE is faster.

They’ve gone big and powerful for this outing, inserting a 4.7-inch 720p Super LCD 2, a dual core 1.5GHz Snapdragon S4, 1GB of RAM, Android 4.0 ICS, HTC Sense 4.0 UI, 8MP camera, a discrete camera button, and a signature kickstand on the back (in eye-popping red!) for good measure. For the most part, this phone is quite similar to the HTC One X that we’ve already seen.

Some early impressions appear to be positive, calling this “probably Sprint’s best phone in quite a while.” Performance is mostly snappy, being described as “buttery smooth” for the most part. It is a little “unwieldy” due to its size, but it does have a “remarkably solid feel to it” despite its lighter weight.

Pre-orders begin on May 7 with the price set for $199 on contract when the HTC EVO 4G LTE ships later on in Q2. 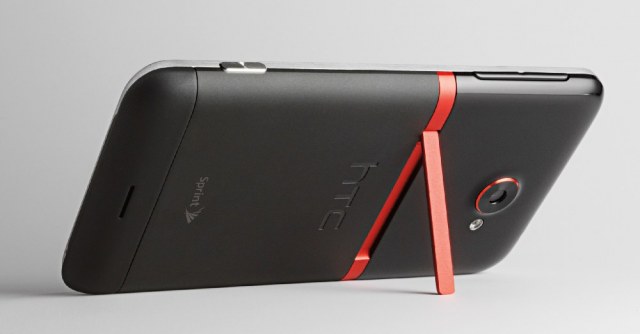