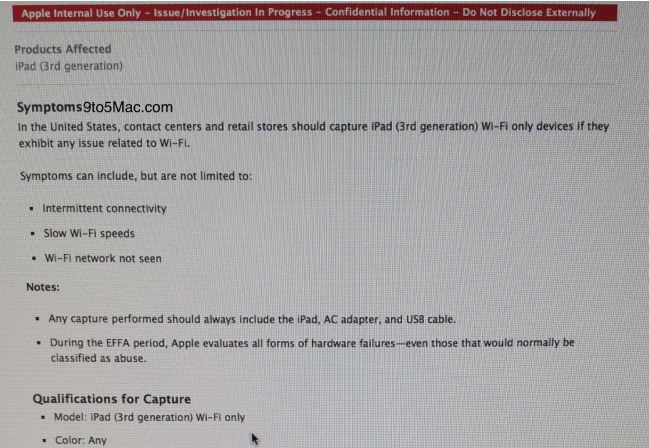 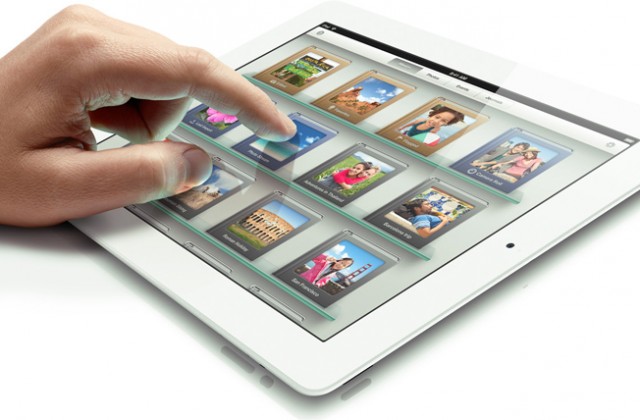 A range of different issues have arisen concerning Wi-Fi on the third-generation iPad. Some users are saying that their connection drops out unexpectedly. Some say that they’re getting remarkably slow download and upload speeds. Others say that the device is unable to pickup on local WiFi networks altogether. On Apple’s online support forum, a thread has popped up with hundreds of people saying they’re having Wi-Fi problems. Interestingly, this only appears to affect WiFi-only models, as the 4G LTE versions are just fine. There’s an Apple solution for you: buy the more expensive one.

This is above and beyond the overheating issues that already plague the new iPad. For now, Apple support isn’t offering a definite fix, so they’ve been instructed to “capture” the affected iPads and replace them with new units for customers. 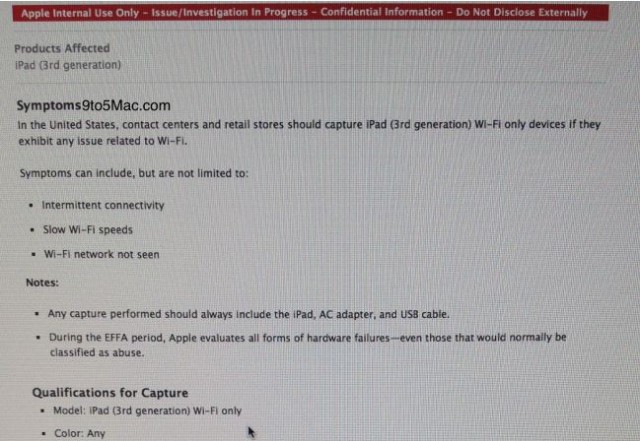