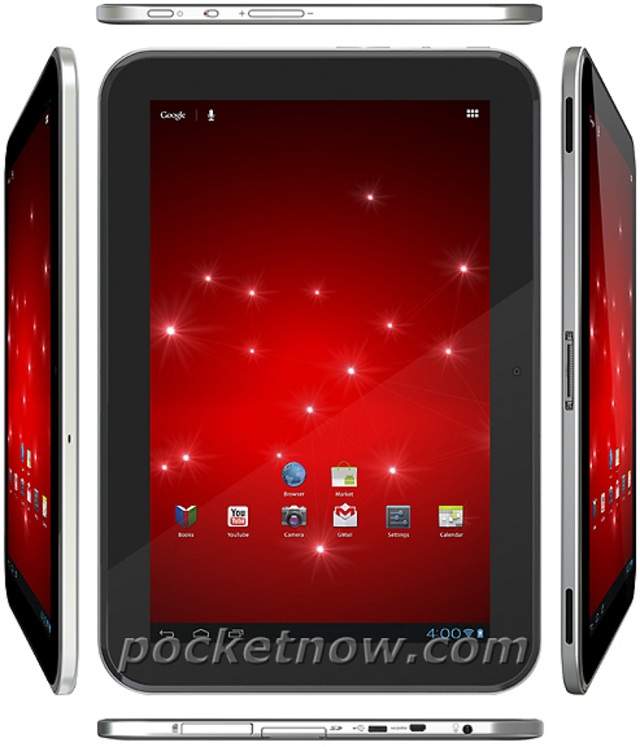 Rumors about a so-called Nexus tablet from Google have been flying around for a while. What you see above comes to us from Pocketnow and the pictured device is purported to be the search giant’s upcoming tablet. Could it be the cheap stock Android Nexus tablet meant to compete against the new iPad?

As we reported earlier, the Nexus tablet (or whatever it will be called, if it’s coming that is) is expected to have a 7-inch display and will be coming from Asus sometime this summer. If this is indeed the Nexus tablet that we are looking at, it looks more like a ten-inch slate.

It looks like it has some qualities of an upcoming Google tablet. The generic Ice Cream Sandwich OS is displaying only official ICS and Google apps; there are no third party apps or widgets visible.

But, anyone who is an expert in Photoshop can create such an image very accurately, and also we are suspicious about the presence of the Android Market icon instead of the Google Play Store (yes, it could mean that it’s an older render too). The folks over at Pocketnow are also not talking about a source. That does not mean that the image is a fake, but the image does not provide us with any good evidence to prove that it is real.

There are no hints about specs, price or the release date, but previous rumors point towards a device with a quad-core NVIDIA Tegra 3 processor and a $199 price tag.

Just to let you know, Android Community is saying that the above device looks similar to the 7.7-inch Tegra 3 tablet from Toshiba which was shown off at CES.