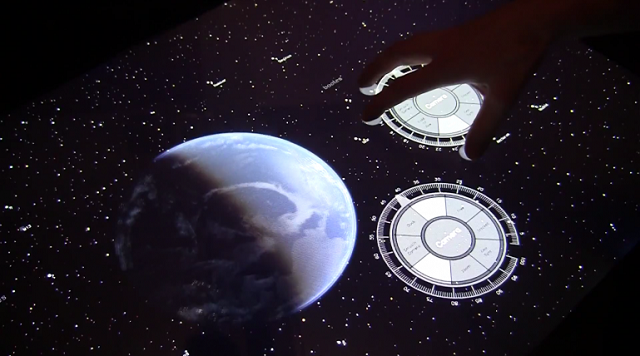 Picture God taking a peek at the universe, rotating planets with his mighty arms, going from the Earth to Jupiter with a single gesture, and speeding, slowing and reversing time with the movement of an index finger. That will look somewhat like what Microsoft Surface researcher David Brown is doing in the clip below with his superb space app dubbed NUIverse. The app is simply marvellous!

From the demonstration, you will get to know about the awesome multi-touch capabilities of Microsoft Surface and the computational power of the Samsung SUR40 which runs NUIverse (anagram of the word universe and NUI stands for natural user interface, in case you didn’t notice). 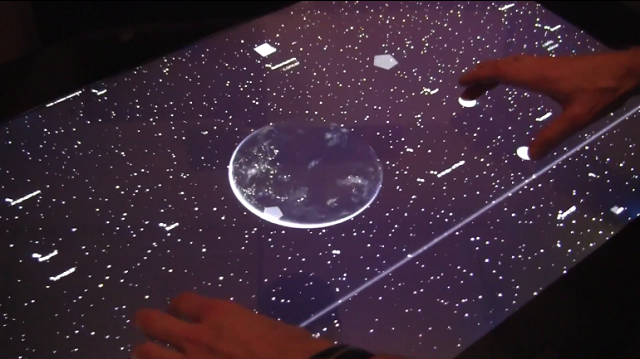 If you own a smartphone, you might be familiar with a lot of NUI gestures such as grabs, twists and swipes. You will find all those being used by Brown, but the new app is much more than that. He is utilizing gestures to move about in the universe in both time and space, and using on-screen dials for controlling effects such as the camera FOV and the passage of time. He is even using transparent disks which can be placed on the screen and moved. The disk provides him with details of the objects it covers.

But, a good video is sometimes better than a thousand words, right? So, head below to know more about the app.

The thing, on which it runs, by the way, comes with a price tag of $9,049 (including the stand). The application is not slowed down at any point all thanks to the power of the SUR40. And we are not sure whether the app will be available commercially, but we might see it used for educational purposes in the future. It will be great if they release the program for planetariums.

You can close your mouth now and check out another video which shows the on-screen action of the app in use. The music in this video is kinda cool.