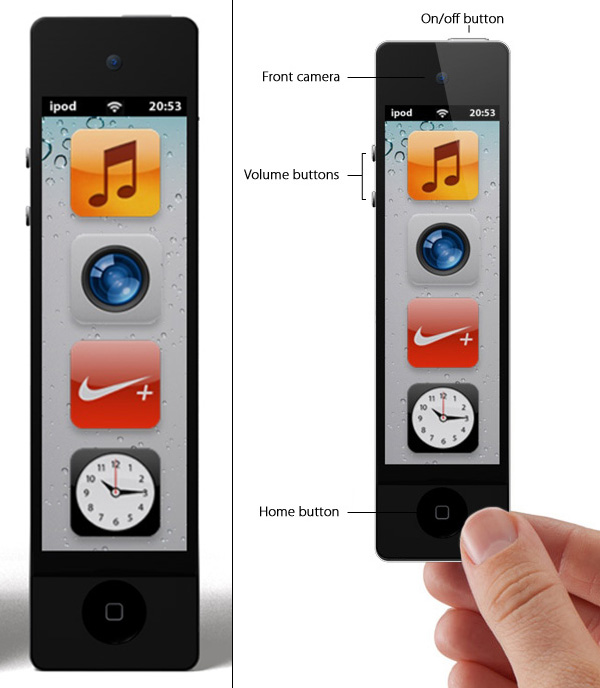 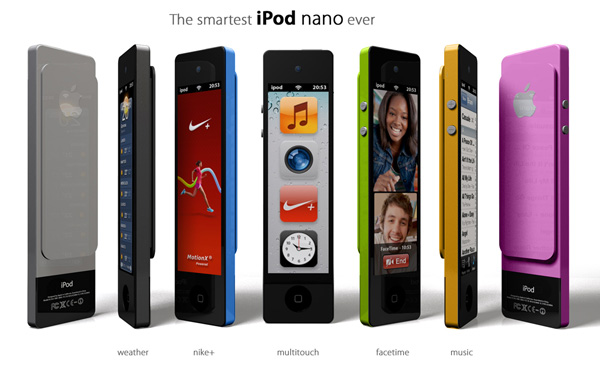 You’ve already seen the crazy MacBook Pro Touch concept, but what if Apple were to extend the touch to some of its other products. Not to be confused with the iPod touch, what you’re looking at here is a concept for the next-generation iPod nano. More specifically, it’s being touted as the iPod nano touch for obvious reasons, but it’s even smarter than that.

Coming by way of designer Enrico Penello, the concept device naturally comes with a touchscreen display. The UI appears to be somewhat similar to the current clippy and touchy iPod nano, but the shape has been extended into a longer stick, not unlike the shape we used to have with the old iPod shuffle. The concept is smarter, though, coming with Wi-Fi, a FaceTime-ready front-facing camera, and a new weather app. Yes, Nike+ support is there too.

With the longer body shape comes a longer clip on the back. Rounding out the specs are the trusted home button and a couple of volume buttons, as well as the power button on top. I’m not sure I like the idea of the extended clip, but I think I can get into the extended touchscreen interface and Wi-Fi capabilities. This is totally an unofficial concept, though, so who knows if Cupertino is paying attention? 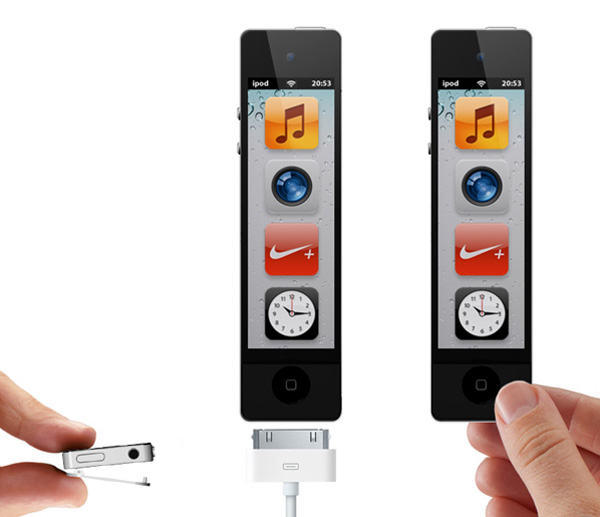