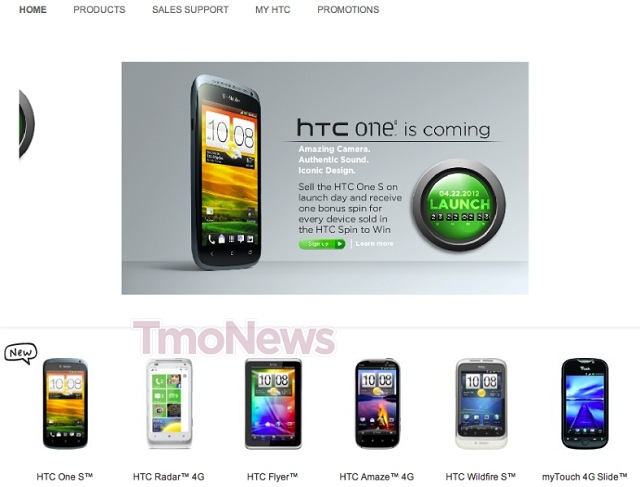 Yesterday, we talked about a rumor about Sprint’s version of the HTC One X. And today, it’s about another device from the company’s One series, the HTC One S. The folks over at TmoNews appear to have got their hands on a web document which shows off the release date of the One S on T-Mobile’s network as April 22nd.

As you can see in the above image, it’s written “sell the HTC One S on launch day”. Therefore if it’s the real thing, it might be meant for associates or retail employees. But the above said day is a Sunday, which is certainly an odd day for a phone to be launched. But the carrier has released mobile phones on Sundays in the past, so it’s not too odd.

The HTC One X and One V will reportedly be available in Asia on April 2nd. So the rumored 22nd of April launch date is a possibility and you might agree that T-Mobile could use a new flagship phone as soon as possible. The Galaxy S Blaze 4G is cool, but we believe that many customers will go after the pretty looking One S, which when launched will be one of the most powerful phones on T-Mobile.