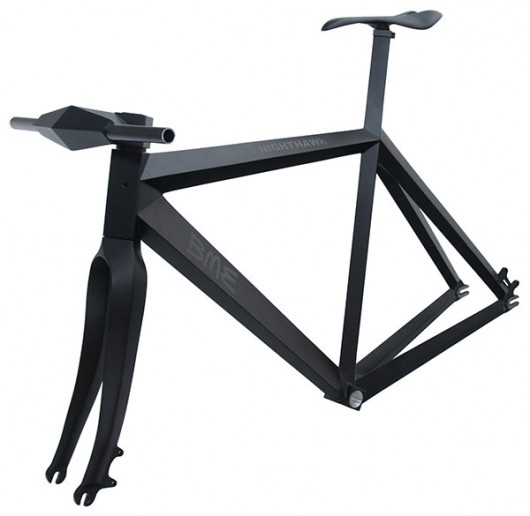 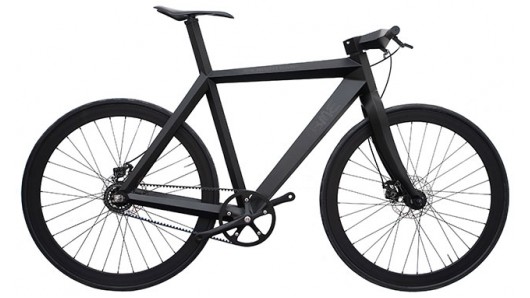 The head-turner at the Berlin Bicycle Show (Berliner Fahrradshau) earlier this month was a “stealth bomber”.

No, the organizers didn’t allow airplanes as last-minute entries into the bicycle show – it was the X-9 Nighthawk, a one-off design marvel with fighter plane looks that materialized from the drawing board of Slovakian mechanical engineer Braňo Mereš.

Though the X-9 won admirers through its rather mean look – the pitch black frame with angles straight from the stealth bomber – the real design breakthrough was in the materials used to make the one-off innovative frame.  Mereš, who has previously used materials like strips of titanium, epoxy resin composite and carbon fiber rods; took a new approach while designing the frame of the X-9.

It is made from sandwiched panels which have a core made of Aramid and carbon fibre skins.

Yes, you heard me right. Aramid! The bicycle must be built like a tank!

It is the same heat-resistant synthetic fibre used for making body armour. The panels for the Nighthawk are made of an aramid-derived material laid in an open honeycomb pattern, wedding the two main design parameters – strength and light weight – quite perfectly.

Mereš used a water jet to cut the panels according to his measured design requirements before connecting them to each other. Then he used laminated carbon fibre sheets over the honeycomb and the result is a single-speed frame which weighs 1.4 kilograms.

Mereš insists that the goal of the experiment was to build a first bicycle frame using honeycomb sandwich panels. Honeycomb frames are already used but not panels sandwiched to make things tougher.

The material is widely used in aircraft industry and gives good stiffness to weight ratio compared to carbon composites. The engineer insists that weight can be further brought down using lighter epoxies.

Mereš did go back to carbon for his fork, stem and handlebars though he stuck with the stealth fighter angles while designing them specifically for the X-9. The saddle is also custom made while he used off-the-shelf wheels, disc brakes and a beltdrive to complete the sexy bike.