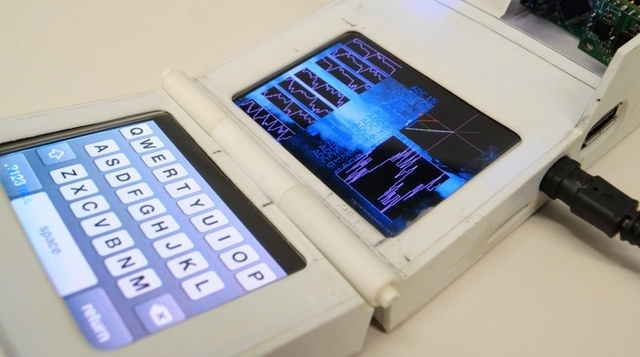 Granted, this still isn’t quite as advanced as what our science fiction counterparts have, but what Dr. Peter Jansen has created is a real functioning version of the Tricorder made famous on Star Trek. In fact, he’s already created two generations of the clamshell device.

He’s a cognitive science researcher and this has been a hobby interest of his for several years. Jansen first began work on the project in 2007, sparked by curiosity and looking to spark curiosity in others. With the second-generation model, he has loaded up a couple of OLED resistive touchscreens and plenty of sensors.

The new Tricorder can measure temperature, humidity, magnetic fields, atmospheric pressure, color, ambient light level, GPS location, and distance to an object. It’s actually pretty advanced and it all runs on Debian Linux. Power comes by way of six AAA batteries. Even better, Jansen is offering up the whole project for free for others to attempt. The schematcs are available through a TAPR non-commercial hardware license and the source code is available under GPL.