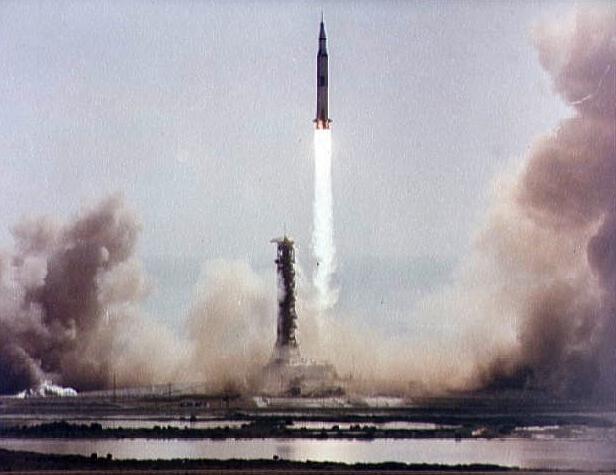 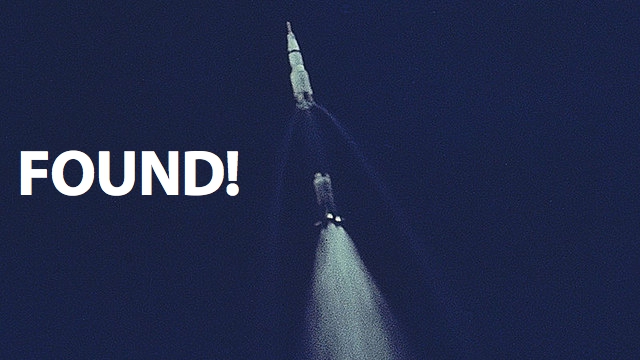 Founder and CEO of Amazon.com, Jeff Bezos is, as you know, a billionaire. And that is why when most other people work overtime for paying the monthly rent, he gets to do interesting stuff like raising rocket engines from the bottom of the ocean. Bezos has announced that his exploration team has found the five F-1 rockets that carried the Apollo 11 rocket into space.

The F-1 rockets lifted the Apollo 11 mission spaceward with one and a half million pounds of thrust, and 32 million horsepower, back in 1969, before plunging into the Atlantic. Bezos, who watched the moon landing when he was just 5 years old, doesn’t want the story of the rockets to end there. That’s why he decided to fund the project to locate the rockets.

He wrote in his blog: “I’m excited to report that, using state-of-the-art deep sea sonar, the team has found the Apollo 11 engines lying 14,000 feet below the surface, and we’re making plans to attempt to raise one or more of them from the ocean floor. We don’t know yet what condition these engines might be in – they hit the ocean at high velocity and have been in salt water for more than 40 years. On the other hand, they’re made of tough stuff, so we’ll see”.

If his team manages to lift the rockets from the ocean floor, he won’t be able to keep them as they still belong to NASA. If one is raised, it might touch down at Smithsonian. If there’s a second one, it might end up in the Museum of Flight in Seattle. It will be interesting if a third one is recovered and is available from Amazon for a few million dollars.

But there’s something that puzzles us. NASA conducted various launches in the past and we are pretty sure that there are many F-1 rockets at the bottom of the ocean. We wonder how Bezos and his team found out that the rockets they located are the ones from Apollo 11.