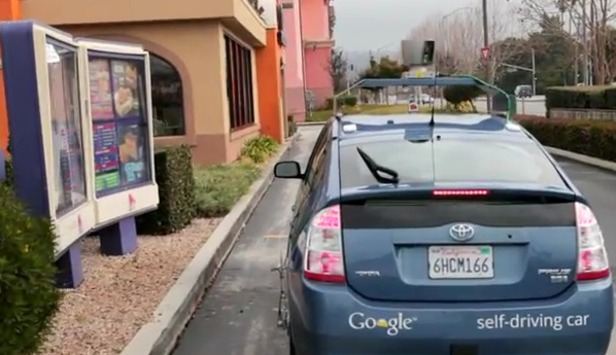 You’ve seen it before in movies like Total Recall and iRobot, self-driving cars sound cool, you can get trashed with your friends then not worry about driving home later that night.  But there’s much more to this than an inebriated night out with the boys, people with disabilities such as the visually impaired could use self-driving cars to open up an whole new world that would allow them to go where they wish freely and independently.

Google recently uploaded a video showing Steve Mahan, a legally blind man, behind the wheel. The video had this man stop at Taco Bell for a bite to eat and gave a great demo of just what self-driving technology could mean for the future.

Earlier this month, Google’s driverless car program inspired new legislation in California that open up the path to legalizing such driverless vehicles. Is this program ready for a wide release on the road? Not yet, but it’s interesting to see it heading in the right direction and truly could open up doors for those that currently rely on a driver or assistant to take them to locations. Perhaps it also could mean the end of the chauffeur in another few decades? We’ll see.