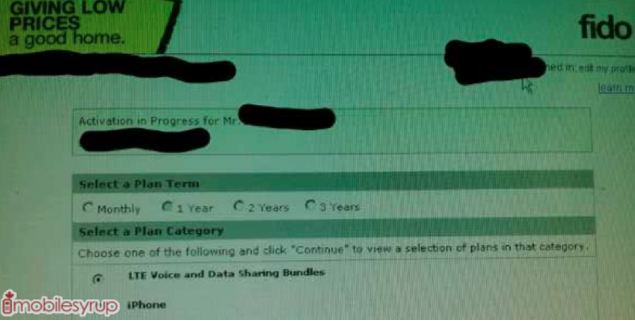 As a lowly sub-brand, Fido has always received just the table scraps from owner Rogers. Even though they originally indicated to the contrary, it looks like Rogers is now going to let its pet dog play in the LTE park too. At least, that’s what this screenshot seems to indicate.

You might remember when Rogers first launched its LTE network last June and, at the time, Rogers said it had “no intention” to bring LTE to Fido. That has apparently changed and I think it only makes sense. Eventually, “legacy” networks will have to fall out and all carriers, sub-branded or otherwise, will need to transition to newer wireless technology. They’re not going to give up on regular 2G for voice and 3G for data any time soon, but moving to “4G” LTE is a natural transition.

The above screen comes up with an employee clicks to activate a customer on the “LTE Voice and Data Sharing Bundles” option, but there are currently no LTE products in the Fido lineup. So, maybe they’re coming soon. As a matter of perspective, my experience with Rogers LTE has seen download speeds from 14Mbps to 43Mbps and upload speeds from 4Mbps to 13Mbps.